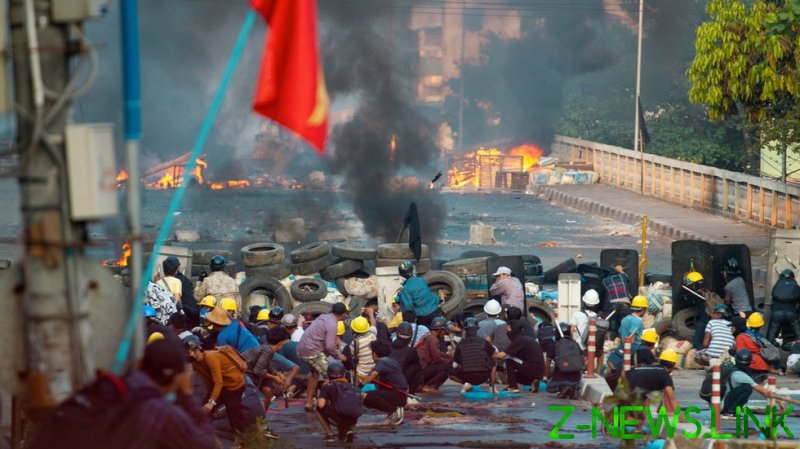 The one-sentence State Department announcement came on Tuesday evening in Washington, on the day the opposition in Myanmar began a “garbage strike” against the government.

The strike follows a weekend of clashes between protesters and security forces that left 141 people dead on Saturday alone. More than 500 people have died since February 1, when the country’s military – known as the Tatmadaw – arrested the civilian leadership and announced a one-year state of emergency, citing election fraud.

In the meantime, a chorus of Twitter activists, including many newly created accounts, have intensified their calls on the Biden administration to “please help us,” while sharing photos and reports of alleged military atrocities.

Another account that’s been around since 2013 is spamming celebrities and politicians with demands to bomb Myanmar, and has also called for “genocide for the Myanmar military and their family/friends/any-known-associates.”

Myanmar, formerly known as Burma while under British occupation, has been ruled by the military for most of its existence as an independent country. The Tatmadaw ceded control to the civilian government in 2011, and the internationally recognized democracy activist Aung San Suu Kyi ended up in charge – only to be accused of “genocide” against the Rohingya Muslims in the western province of Rakhine.

The military is disputing the results of the 2020 election, in which Suu Kyi’s NLD party won a majority in both chambers of the legislature over the army-backed USDP.