Home / sports / US Open 2017: Keyes and Stevens will determine the champion of the tournament

US Open 2017: Keyes and Stevens will determine the champion of the tournament 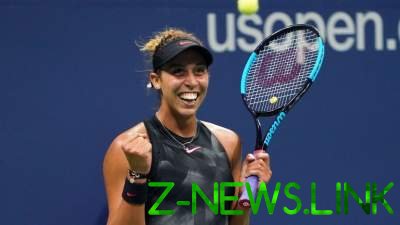 Decided the names of the two finalists of the 137th version of the Open championship of the USA on tennis.

The offender Elina Svitolina and Madison keys are surprisingly easy to understand with Coco Vandeweghe, who in the quarterfinals confidently took the first racket of the world Carolina Pliskova. Keyes gave almost exemplary match, neutralizing all strengths Vandeweghe.

On account of the winner four breaks of serve and 25 winnersof with only nine unforced errors. The loser won a modest 45% of rallies from the first ball had no break points and made 22 errors in nine actively won balls.

The second American semi-finals ended in an unexpected defeat Venus Williams – Sloane Stephens, until recently, were not in the top 1000 WTA rankings, defeated an experienced opponent three-set winner in a protracted confrontation.

On account of Stevens five breaks, 17 winnershow and 27 unforced errors. Williams, the eldest is unusually poorly served and committed 51 unforced error that cost her a place in the final.