Home / WORLD / US Olympic gymnastics coach who worked with abusive Dr. Nassar commits SUICIDE after being charged with sexual assault himself

US Olympic gymnastics coach who worked with abusive Dr. Nassar commits SUICIDE after being charged with sexual assault himself 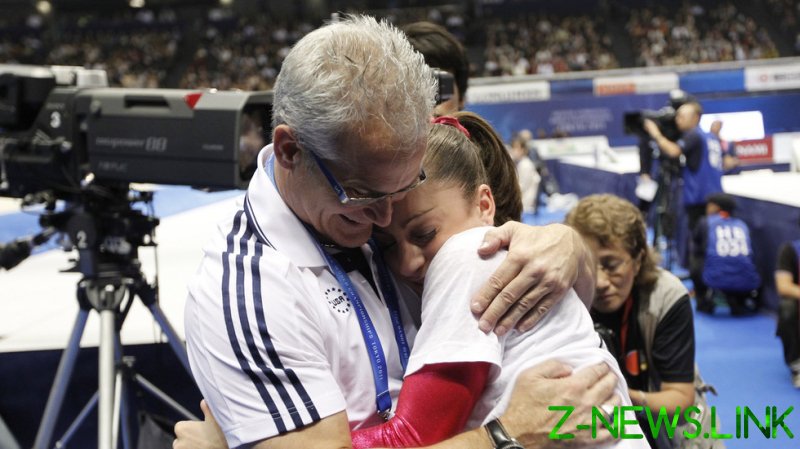 “My office has been notified that the body of John Geddert was found late this afternoon after taking his own life. This is a tragic end to a tragic story for everyone involved,” Michigan Attorney General Dana Nessel announced on Thursday.

Earlier in the day, Nessel had announced two dozen charges against Geddert, including human trafficking, sexual assault and running a criminal enterprise at his Lansing-area gym called Twistars. He was scheduled to appear in court when his body was discovered.

Geddert, 63, is best known for coaching the gold-winning squad at the 2012 London Olympics, as well as individual gold-medalist Jordyn Wieber. However, he also had a long history of working with Nassar, the US Gymnastics team doctor who was sentenced in 2018 for possession child pornography and ten counts of sexual assault of minors.

Only one of the charges against Geddert unveiled on Thursday is related to Nassar, however – that he lied to investigators in 2016, when he told them he knew nothing of the abuse. Prosecutors said he had effectively engaged in human trafficking by exploiting the young athletes who paid to train at Twistars.

“The victims suffer from disordered eating, including bulimia and anorexia, suicide attempts and attempts at self harm, excessive physical conditioning, repeatedly being forced to perform even when injured, extreme emotional abuse and physical abuse, including sexual assault,” Nessel said, announcing the charges.

“Geddert’s abuse, like so much, was never a secret,” tweeted former gymnast Rachael Denhollander after Nessel’s announcement, saying she wrote about knowing it back in 2000, and adding that “it was known, and no one stopped him. It was known, and he was promoted and given more power.”

USA Gymnastics “put little girls into the hands of an abuser, and his pedophile doctor, every day. And then promoted him,” added Denhollander. “That’s how much a little girl was worth to them.”

Geddert had denied any knowledge of abuse by Nassar or anyone else, telling the Wall Street Journal in 2017 he would have “immediately acted” on any suggestion of abuse.

USA Gymnastics suspended him during the Nassar investigation and he retired in 2018, transferring the gym ownership to his wife. His LinkedIn profile described him as the “most decorated women’s gymnastics coach in Michigan gymnastics history.”