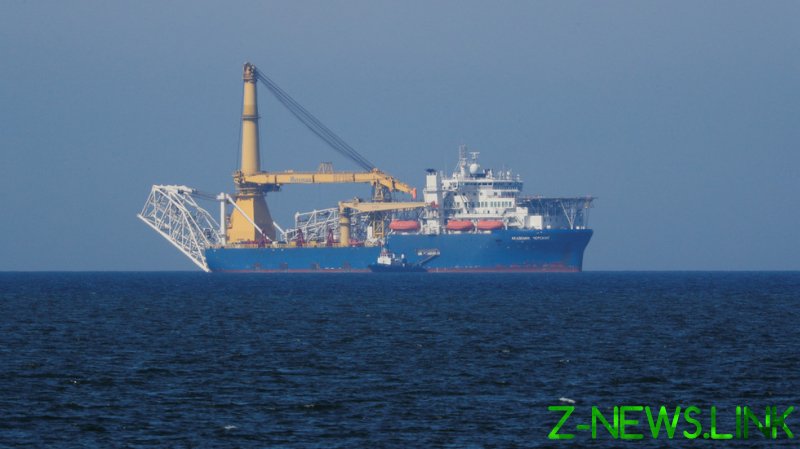 Three entities and thirteen vessels were blacklisted under the Protecting Europe’s Energy Security Act (PEESA) of 2019, intended to block the construction of the pipeline under the Baltic Sea and protect Ukraine’s profits from gas transit fees from pipelines through its territory.

The Moscow-headquartered Federal Marine Rescue Service Morspas was first on the list of sanctioned entities, followed by the Kaliningrad-based MorTransServis and the Samara Heat & Energy Property Fund, all allegedly involved in the construction.

The sanctions that the Treasury has made official were announced by the State Department earlier this week. They emerged during the meeting between Russia’s Foreign Minister Sergey Lavrov and US Secretary of State Antony Blinken in Iceland.

On Thursday, the White House admitted it was not able to stop the completion of the pipeline, which press secretary Jen Psaki said had been “95% completed” by the time President Joe Biden took office.

Nord Stream 2 is an expansion of the pipeline beneath the Baltic Sea that has been pumping Russian natural gas to Germany since 2011. It was originally due to be completed by the end of 2019, but construction was first delayed by Denmark holding up permits under US pressure, and then by US sanctions scaring off the Swiss-Dutch contractor Allseas. Once Russian vessels were dispatched to finalize the construction, the US acknowledged its only remaining option was to sanction Germany.

Blinken’s State Department informed Congress this week that it would not do so, as such a step would “negatively impact US relations with Germany, the EU and other European allies and partners,” which are needed to battle the Covid-19 pandemic, climate change, and other US policy goals.