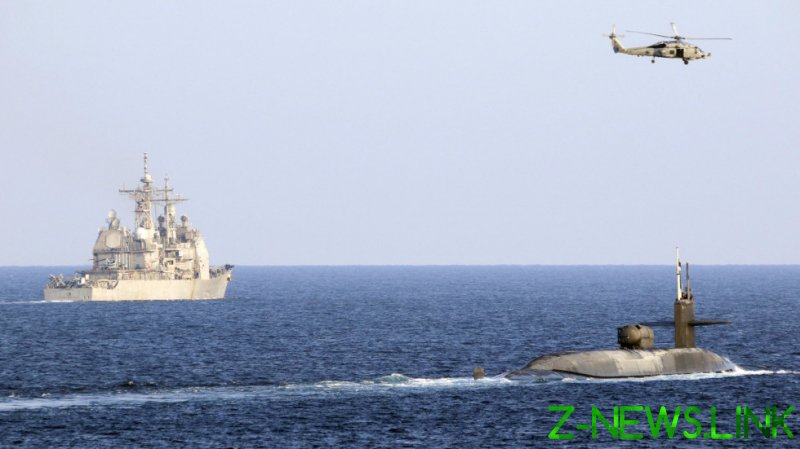 USS Georgia (SSGN-729) is an Ohio-class nuclear-powered sub carrying not ballistic nuclear warheads but up to 154 Tomahawk cruise missiles – or as many as 66 special operatives, the Navy pointed out on Monday, announcing the boat’s transit into the “Arabian Gulf,” as the US calls the body of water.

The Georgia was escorted by guided missile cruisers USS Port Royal (CG 73) and USS Philippine Sea (CG 58), and made the transit on Sunday, the Navy announced a day later. It was only the second such acknowledgment in eight years.

The naval demonstrations come in the wake of last month’s assassination of Mohsen Fakhrizadeh, a senior scientist who allegedly led Iran’s nuclear program. Tehran has blamed Israel for the hit.

US Central Command (CENTCOM) commander, General Kenneth McKenzie, is currently visiting the Middle East, though his exact whereabouts have not been revealed. Earlier this month, the US sent two nuclear-capable bombers to the region in another “message” to Tehran, citing unspecified reports of a potential threat of attacks by Iranian-backed militias.

The Strait of Hormuz is heavily patrolled by Iran’s Islamic Revolutionary Guard Corps (IRGC) ships, which has led to stand-offs with US naval forces operating in the area in the past. The anniversary of the US drone attack that killed IRGC commander General Qassem Soleimani near Baghdad in January is also fast approaching.