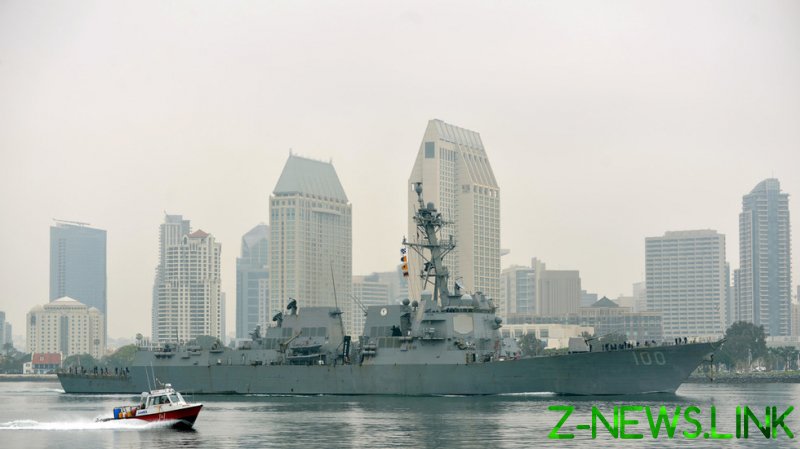 Throughout July 2019, the US Navy was reportedly plagued by mystery drone swarms that harassed vessels in the Channel Islands archipelago near California, according to ship log documents released through a Freedom of Information (FOI) request.

On one day, July 20, 2019 the USS Russell, an Arleigh Burke-class destroyer, fired five shots at the drones, which, The Drive claims, could fly for 100 nautical miles at up to 45 miles an hour. Noted as a “counter” in the ship’s logs, the incident took place at 9:30am local time (1:30am GMT), with one misfire recorded.

Two days later, to protect the USS Russell, US naval officials deployed what’s called a ‘ghostbusters’ team, which counters unmanned aerial vehicles (UAVs) by jamming radio frequencies.10 days after the initial incident, the USS Russell’s ships log, which was heavily redacted, showed another swarm terrorized the vessel, forcing another ‘ghostbusters’ team to be deployed to the region in the early hours of the morning.

The documents reported by The Drive found that an unidentified admiral had boarded the USS Russell on July 22, 2019 and left the vessel days later, on July 31. It’s not clear if their arrival and subsequent departure was linked to the UAV incidents that were being experienced.

According to the FOI request, the Navy was already investigating concerns about drones near vessels, having spotted drones on July 14, 2019 with the reports passed to the Chief of Naval Operations four days later. That investigation failed to identify the drones behind that incident or who was responsible.

USS Russell’s problems were experienced by other vessels in the region around the same time. The USS Rafael Peralta, USS John Finn and USS Kidd all reported UAV activity or coming into contact with drones during operations.

The Channel Islands of California are owned and operated by the US Navy, which uses them as a home for Naval Base Coronado, believed to be used to conduct sensitive training operations.