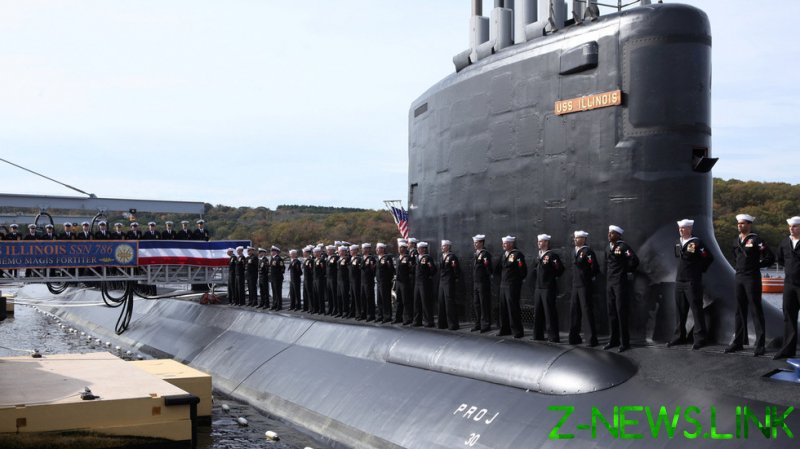 Jonathan and Diana Toebbe, of Annapolis, Maryland, were arrested in Jefferson County, West Virginia, by the FBI and the Naval Criminal Investigative Service on Saturday, according to a Justice Department press release.

The pair are accused of selling “restricted data concerning the design of nuclear-powered warships” over the course of a year to a person they assumed was the representative of a foreign power. That person was, in fact, an undercover FBI agent.

An employee of the US Navy, Jonathan Toebbe worked in the Naval Nuclear Propulsion Program, and had security clearance to access restricted data on the design of nuclear submarines and their reactors. Back in April 2020, he allegedly sent a sample of this restricted data to a foreign government, along with a letter reading: “Please forward this letter to your military intelligence agency. I believe this information will be of great value to your nation. This is not a hoax.”

Toobe wrote that “the information was slowly and carefully collected over several years in the normal course of my job to avoid attracting attention, and smuggled past security checkpoints a few pages at a time,” according to court documents.

The country in question was not named by the Justice Department, but the letter was intercepted by or given to the FBI before it reached its destination. An undercover agent got in touch with Toebbe, and the pair arranged a deal whereby Toebbe would hand over further data in exchange for payments in cryptocurrency.

The agent sent Toebbe $10,000 in cryptocurrency this June. Shortly afterwards, Toebbe and his wife allegedly traveled to a pre-arranged ‘dead drop’ in West Virginia, where the engineer’s wife acted as a lookout while Toebbe placed an SD card inside a peanut butter sandwich for the agent to collect. He then sent an encryption key for the SD card in exchange for another $20,000, and the FBI was able to verify that the card indeed contained “restricted data related to submarine nuclear reactors.”

Another successful payment and drop followed, but the Toebbes were arrested in West Virginia on Saturday, as they attempted a third exchange.

Throughout their months of correspondence, Toebbe was initially distrustful of the agent, and hesitated to meet his contact in case he walked into a trap. The agent was able to win him over by persuasion, and by arranging a “signal” from the foreign country’s embassy over the Memorial Day weekend. It was not revealed what form this signal took, or how the FBI arranged it with the country in question.

Toobe appeared to have a romantic vision of selling state secrets. Discussing how he and his wife might eventually have to flee the US, he told the agent, “One day, when it is safe, perhaps two old friends will have a chance to stumble into each other at a café, share a bottle of wine, and laugh over stories of their shared exploits.”