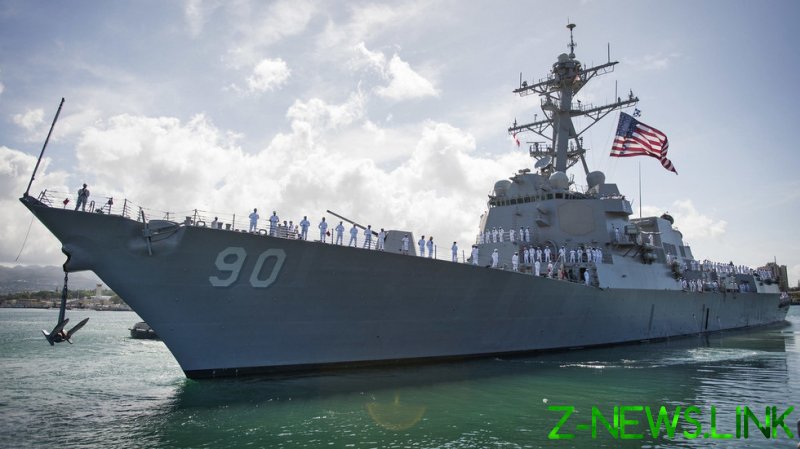 The Russian Defense Ministry said on Friday that it had summoned the US military attache in Moscow to protest the incident earlier in the day, when a Russian vessel had to warn off the US Arleigh Burke-class destroyer in the Peter the Great Bay near Vladivostok.

“The statement from the Russian Defense Ministry about the interaction between our two Navy ships is false,” the US Pacific Fleet said in a statement later in the day. The Chafee was “conducting routine operations in international waters in the Sea of Japan” when a Russian destroyer “came within approximately 65 yards” (60 meters) of the US ship while it was preparing for flight operations.

The Pacific Fleet insisted that “the interaction was safe and professional,” and that the Russian notice to airmen and mariners (NOTAM/NOTMAR) issued for the area “was not in effect at the time of the interaction.”

According to the Russian Defense Ministry, the Chafee received a warning it was approaching a restricted area, but instead of changing course, “raised its colored flags to indicate preparation for a helicopter to take off from the deck, which means it is impossible to change course and speed, and took action to violate the state border of the Russian Federation in the Peter the Great Bay.”

The anti-submarine vessel Admiral Tributs then approached the US destroyer to compel it to change course. 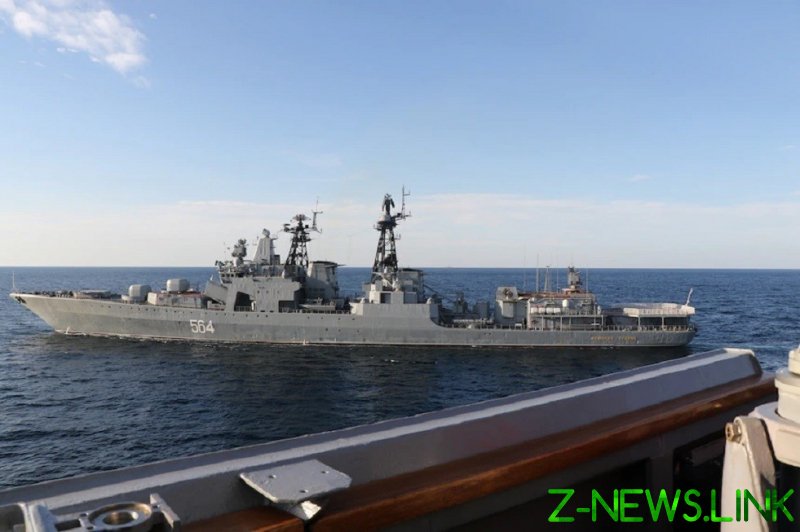 Moscow called the actions of the US destroyer “unprofessional” and a “crude violation” of international rules of avoiding collisions and a 1972 agreement with Washington on preventing incidents in the air and at sea.

A similar incident happened in the same area in November 2020, when USS John S McCain was driven off after straying more than two kilometers inside Russia’s internationally recognized maritime border.

The US Navy also denied wrongdoing, saying the destroyer was on a “freedom of navigation operation” to challenge “Russia’s excessive maritime claims.”