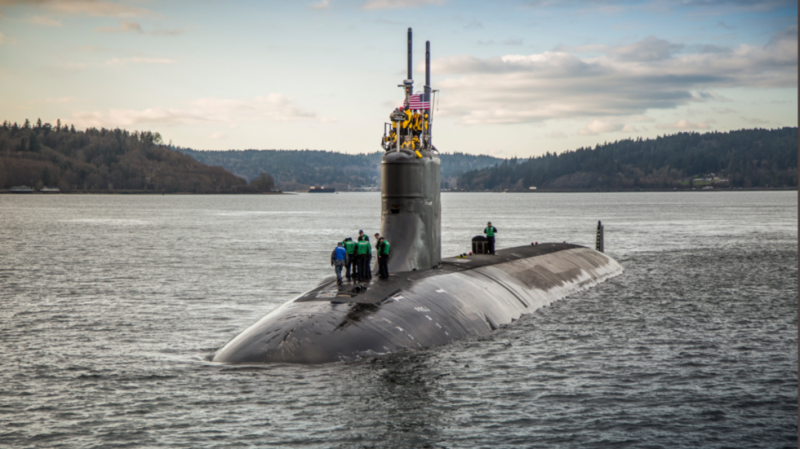 The USS Connecticut, a Seawolf-class fast-attack submarine, struck the unidentified object while submerged on October 2, the Navy’s Pacific Fleet said on Thursday in a statement. Nearly a dozen crew members were reportedly hurt, but none of the injuries are considered life-threatening.

“The submarine remains in safe and stable condition,” the Navy said. “USS Connecticut’s nuclear propulsion plant and spaces were not affected and remain fully operational.”

The US Naval Institute (USNI) referred to the object that was struck as “unknown” and said the submarine was operating in the South China Sea at the time of the accident.

Damage to the sub is still being assessed, and the incident will be investigated, according to the Navy statement. The USS Connecticut is currently making its way to port in Guam, USNI said.

The Navy has had a spate of vessel crashes in recent years, including an August 2017 collision between the USS John S. McCain destroyer and an oil tanker in waters off the coast of Singapore that left 10 US sailors dead. Another destroyer, the USS Fitzgerald, struck a container ship while on a secret mission off the coast of Japan in June 2017. That collision caused a large gash in the USS Fitzgerald, killing seven crew members in their berthing compartments as water flooded in.

That same year, the USS Antietam guided-missile cruiser ran aground in Japan, spilling oil into Tokyo Bay. Another cruiser, the USS Lake Champlain, collided with a South Korean fishing vessel.

In addition, one sailor and eight marines were killed in a July 2020 training accident in which an amphibious assault vehicle sank off the coast of California.