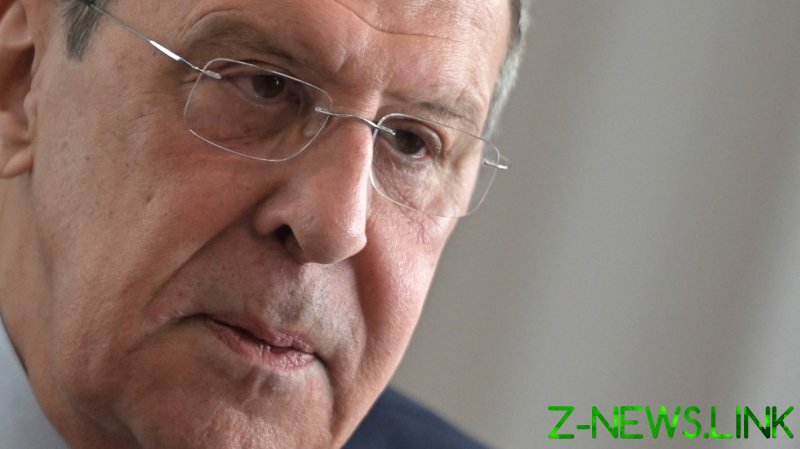 Speaking to Moscow newspaper Argumenty i Fakty in an interview published on Monday, Sergey Lavrov expressed the opinion that investment in Ukraine’s army is not good for possible peace in Donbass.

“I would like to take this opportunity to draw attention to the fact that the United States and its NATO allies are increasing their military activity on Ukrainian territory and in the Black Sea,” Lavrov said, noting that the military bloc has been giving away weapons, “financial and material support,” and extra training “in NATO methods of warfare.”

“In 2021 alone, it is planned to hold seven joint military exercises with NATO countries on the territory of Ukraine,” he continued.

Furthermore, Lavrov noted that Ukraine is taking part in the Defender-Europe 2021 exercise, a series of US Army-led war games on the continent.

“It is needless to say that the militarization of Ukraine does not help to resolve the conflict in Donbass,” he concluded.

NATO members have increased the build-up of its military cooperation in Ukraine since the start of the 2014 war in the east of the country, when two breakaway republics, the DNR and LNR, unilaterally declared independence from Kiev. Separatists now control large swathes of territory. These entities are unrecognized by both Moscow and Kiev.

Fears of further escalation rose once again last month, when both Russia and Ukraine began a build-up of manpower and equipment on the Crimean Peninsula and their shared frontier. The reports of increased troop presence came following increased tensions in the region, where locals are still engaged in a civil war between Kiev and pro-Moscow breakaway republics.

According to Lavrov, the best way to achieve peace is for Kiev to abide by the Minsk protocol, a group of agreements to help halt the war in September 2014. In particular, this would mean granting particular districts of the Donetsk and Luhansk regions a special status. The foreign minister believes that implementing this document would be the best way out of the current impasse.

“The authorities in Kyiv must decide whether they want Donbas to return to the Ukrainian state. If so, there is only one way to achieve this goal: the clear and consistent implementation of the package of measures,” he said.