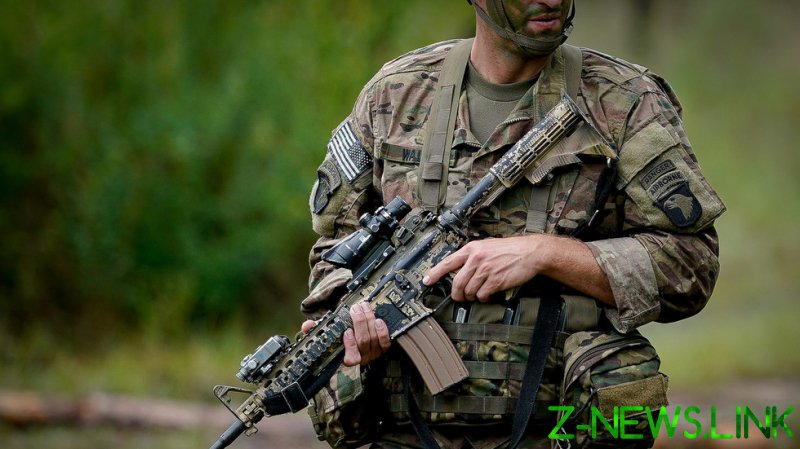 Biden overturned Trump’s ban in January, with a White House statement at the time saying that “gender identity should not be a bar to military service.” Trump announced a ban on new transgender recruits in 2017, citing “tremendous medical costs” and “disruption.” After two years of legal wrangling, the Supreme Court ruled in favor of the ban in 2019, which, by that stage, had been watered down from a blanket ban to a requirement for troops to serve as their birth gender, and a prohibition on transitioning while in service.

However, two months after Biden lifted the restrictions, the Pentagon is due to publish its updated transgender policy later on Wednesday.

The new policy will allow transgender people to enlist and serve openly as their preferred gender, an AP report revealed. Citing anonymous Pentagon officials, the report stated that, under the new rules, transgender service personnel will be entitled to “medically necessary transition-related care.”

What level of “transition-related care” would be deemed medically necessary is still unclear. Fully transitioning can cost upwards of $100,000, while individual procedures can also come with shocking price tags. Breast surgery for male-to-female patients can cost $9,000, and genital surgery – a six-hour procedure – can cost more than $25,000. Doctors do not always recommend such drastic procedures, however, and hormone therapy typically costs a more modest $50 to $250 a month.

Transgender people had been barred from military service in the US since the 1960s, until Barack Obama lifted that restriction in 2016.

Estimates on the number of transgender people serving in the military vary greatly. Though some studies place the figure as high as 15,000, the findings of a 2016 study by the RAND Corporation global policy think tank are most commonly cited. It estimated that, at the time, between 1,320 and 6,630 transgender and gender-nonconforming individuals were on active duty, and between 830 and 4,160 on reserve duty.