Home / WORLD / US military’s Afghanistan commander admits that hundreds of Americans left behind, but praises Taliban as ‘helpful’ in withdrawal

US military’s Afghanistan commander admits that hundreds of Americans left behind, but praises Taliban as ‘helpful’ in withdrawal 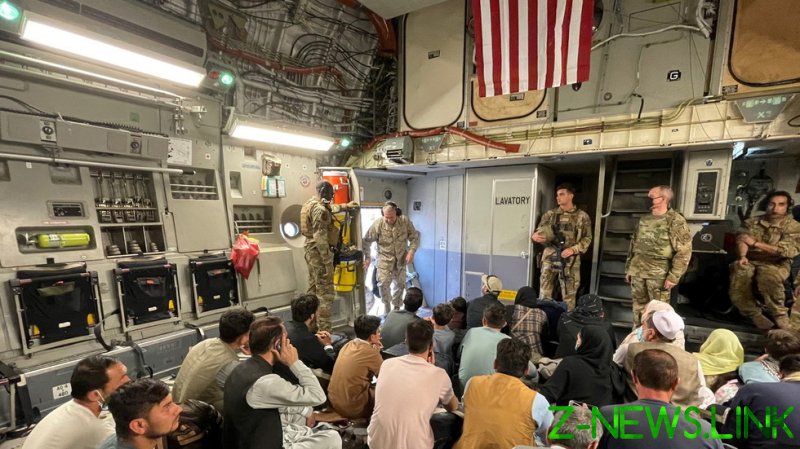 “They were actually very helpful and useful to us as we closed down operations,” Marine General Kenneth McKenzie said of the Taliban on Monday, in a Pentagon press briefing. He added that the Islamist group helped secure the airfield at Kabul’s airport, “not perfectly, but they gave it a very good effort, and it was actually significantly helpful to us, particularly here at the end.”

The comments by McKenzie, head of US Central Command (CENTCOM), sparked fresh criticism of the Biden administration’s chaotic withdrawal from Afghanistan, which was marred by hundreds of Afghan civilian casualties and the deaths of 13 US service members in last week’s terrorist bombing at the Kabul airport.

In addition to having to leave without completing evacuations of all Americans in the country, the US had to leave behind thousands of Afghan allies who fear being killed at the hands of the Taliban or ISIS-K terrorists.

“This is not a victory,” former White House chief of staff Mark Meadows said on Twitter. “It’s a national disgrace and failure of leadership.”

McKenzie’s praise of the Taliban especially struck a nerve with critics, such as Fox News contributor and former USMC Sergeant Joey Jones. “This press conference by General McKenzie has done more to undermine our service and sacrifice than anything I’ve seen in the 11 years since my injury,” said Jones, who lost both legs while serving in Afghanistan.

McKenzie said the Taliban had been “very pragmatic and very businesslike” as the US military mission in Afghanistan wound down. The group not only had a common interest with the Pentagon – getting US troops out of the country – he said, but the US also told them “we will hurt you” if the Taliban challenged the evacuation efforts.

American military officials were therefore confident that any attack amid final withdrawal efforts would come from ISIS-K, not the Taliban, McKenzie said. He added that Sunday’s US drone strike on ISIS-K terrorists – which reportedly killed 10 civilians, including seven children – disrupted the group’s ability to make a last-minute attack.

However, McKenzie said ISIS-K remains a “lethal force,” with at least 2,000 “hardcore fighters,” and will create challenges for the Taliban. He said the Taliban will suffer the consequences of freeing hundreds of ISIS-K terrorists from prison.

US forces held out hope of getting more Americans evacuated in the final hours before the last jets took off, but McKenzie said none were able to make their way to the airport. Army General Christopher Donahue and US ambassador to Afghanistan Ross Wilson were the last two people to step on the last plane, he said, but no American civilians made it onto the last five jets to leave the country.

“There’s a lot of heartbreak associated with this departure,” McKenzie said. “We did not get everybody out that we wanted to get out. But I think if we’d stayed another 10 days, we wouldn’t have gotten everybody out who we wanted to get out, and there still would have been people who would have been disappointed with that. It’s a tough situation.”

The Biden administration has vowed to use its “leverage” against the Taliban to ensure that remaining Americans in Afghanistan and Afghan allies will be allowed to leave the country. McKenzie said that although the military disabled weapons and other equipment that it had to abandon, it left behind fire trucks and other gear needed to operate the Kabul airport to help resume civilian flights as soon as possible.