US military says strikes on women & children were ‘legitimate self-defense’ 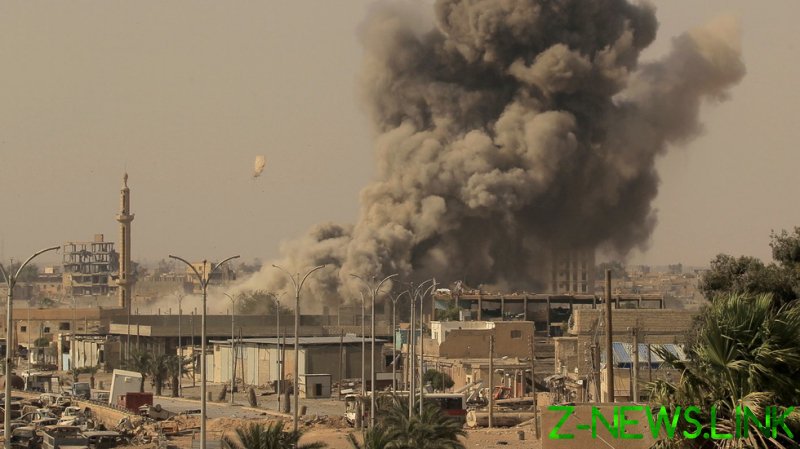 The US military found itself at the center of controversy this week after the New York Times reported that it had covered up a 2019 strike on Syrian civilians which left at least 80 dead. After the report went viral, US officials finally acknowledged the casualties in a statement and claimed that 16 of those killed were allegedly Islamic State fighters and 4 were civilians.

Upon being asked about the other 60 casualties, which apparently included women and children, US Central Command told the New York Times that it “was not clear” whether they were civilians “in part because women and children in the Islamic State sometimes took up arms.”

On Sunday, a US Central Command spokesperson defended the strikes in a statement to the BBC, claiming they were in self-defense Captain Bill Urban the military could not “conclusively characterise the status of more than 60 other casualties,” because “multiple armed women and at least one armed child were observed in the video.”

“The exact mixture of armed and unarmed personnel could not be conclusively determined,” Urban argued, hypothesizing however that it was “likely” a majority of the casualties “were also combatants at the time of the strike.”

Despite acknowledging that the strikes killed civilians, including women and children, Urban claimed their investigation concluded the strikes “were legitimate self-defence strikes” and that “no disciplinary actions were warranted.”

According to the New York Times’ report, even US military officers were shocked and disturbed by the strikes, which they observed live from a drone camera feed, and some questioned whether the incident could be considered a war crime. The entire incident, however, was reportedly soon covered up and reports of the casualties were classified.