US military says ‘no nuclear material’ on board crashed plane 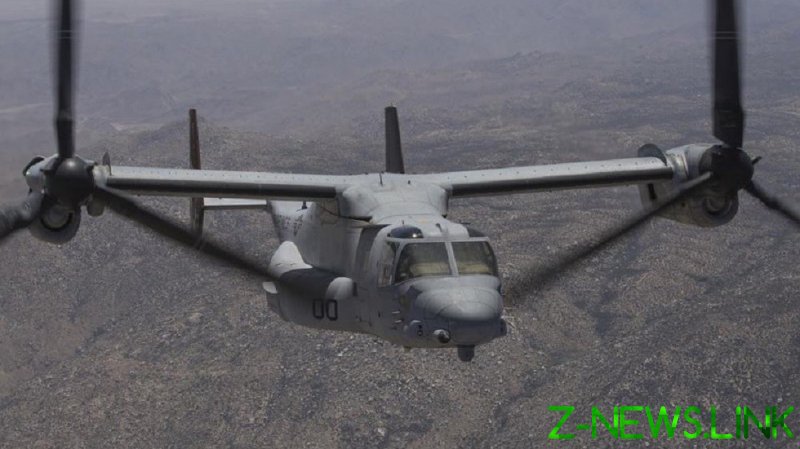 A military aircraft of unspecified type crashed on Wednesday in California’s Imperial County, about 30 miles north of the Mexican border. The five people on board are presumed dead. Preliminary reports mentioned “nuclear material” on board. While the US Marine Corps has confirmed there was a crash, no details have been officially confirmed.

Local news stations KYMA and KECY reported on Wednesday afternoon that a military airplane crashed near the community of Glamis, citing the Imperial County Sheriff’s Office. The crash was located near State Route 78 and Coachella Canal Road. The area is northeast of the Calexico-Mexicali crossing, about 150 miles east of San Diego.

Local media on the scene showed a plume of smoke rising over the desert. The area was marked off “Danger: Military Training in Progress. Do Not Enter.”

Marine Corps Air Station (MCAS) Yuma, in nearby Arizona, confirmed that there had been a crash, but said it would provide more information later.

San Diego reporter Malik Earnest tweeted that the aircraft was “loaded with nuclear material with at least 5 people aboard.” He later added that Imperial County officials are assuming that all five people aboard had died.

“Additional details about nuclear material aboard are not known. The military now has the scene,” added Earnest. 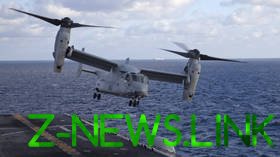 READ MORE: No survivors as aircraft crashes during NATO drills

“Contrary to initial reports, there was no nuclear material on board the aircraft,” said the Naval Air Facility El Centro. They did not disclose the type of the aircraft that crashed, but confirmed it had belonged to the 3rd Marine Aircraft Wing, based in San Diego. The 3rd MAW is currently taking part in exercises at the training range in Imperial County, run out of MCAS Yuma.

The most recent post on MCAS Yuma’s Facebook page was on Tuesday, when they shared photos of a May 25 exercise in transporting ordnance. The aircraft shown in the photos is a MV-22B Osprey, the tilt-rotor plane operated by the Marines that has a controversial safety history. It typically has a crew of four.

Four Marines were killed in March when their Osprey went down in northern Norway during NATO drills. Another four have died in two incidents, in Australia in 2017 and Hawaii in 2015.