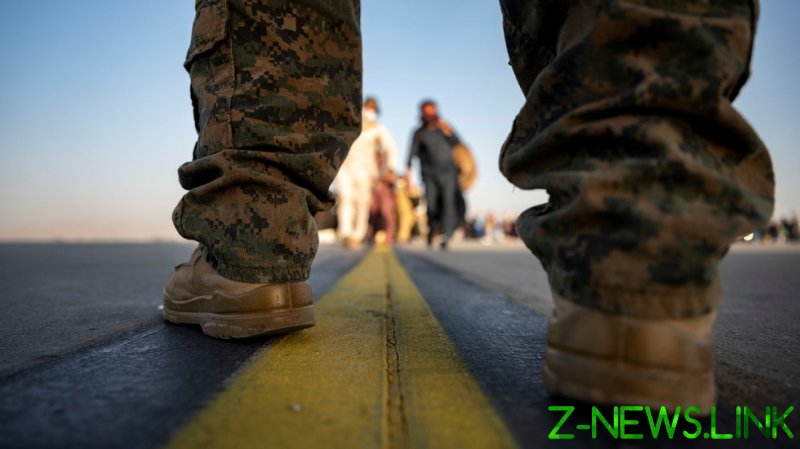 On Sunday, White House Chief of Staff Ron Klain was forced to acknowledge that around 100 Americans still remained in the turbulent country a week after the Biden administration’s August 31 deadline to get everybody out expired.

Former special forces soldier-turned-journalist Michael Yon, who was among the volunteers helping to airlift Americans out of Afghanistan, has shared with RT some disturbing details of how holders of US passports were left behind by their own military.

On August 30, Taliban members delivered a mother with three children as well as 45 other American citizens to the gates of Kabul airport. Three civilian jets, which had been paid for by volunteers, were waiting for them at the airfield.

“We still had time to get them on… but the US military wasn’t letting even civilian Americans with passports… on the base,” Yon said. The media had also been ejected from the airport, so there was no one left to record what was going on, he added.

According to Yon, the fighters from Taliban special operations unit Badri 313 guarding the airfield said that they would let the Americans through the gates if the US military came to pick them up, or at least phone over to give an order to let them through.

Yon said he called all his contacts in the armed forces to get the group through and reach those in charge of the evacuation to persuade them to open the gates and let the Americans board the planes.

“But the military simply wouldn’t let them through. Of course, the military was blaming it on the Department of State,” he said, adding that at the time the government was telling the public that any Americans who didn’t get through had not made it to the airport.

One unnamed US army colonel with knowledge of the evacuation process, who exchanged messages with Yon, was especially frustrated by the chaotic situation.

In one screenshot shared by Yon, the colonel wrote: “Yes, we are f**king abandoning American citizens.”

While not physically at the airport, that colonel was “demonstrating a lot of frustration” and at one point asked “Can you ram the gate?” In other words, Yon said, he was suggesting hitting the gate with a car to get the people through. “I mean, he wanted to rescue those people,” but his supervisors regrettably didn’t share the sentiment.

Yon later wrote a letter to one of the US commanders at the airport, directly blaming her for abandoning Americans.

“You guys left American citizens at the gates of the Kabul airport. Three empty jets paid by volunteers were waiting for them,” the message read, adding sarcastically: “Great job saving yourselves. Probably get a lot of medals.”

Claims from the White House and Pentagon that Americans were only left because they could not reach the airport were “bulls**t,” according to Yon. “They definitely were at the gate. Period.”

With evacuation flights no longer departing from Kabul airport, the volunteers are using other routes to evacuate the Americans out of Afghanistan.

“Our biggest problem in getting people out actually is the US government. It’s not the Taliban. I know that sounds crazy…. The military and the Department of State are in our way at this point. In addition to leaving the people behind, they’re stopping us from getting them out now,” Yon said.

Yon said the US was “humiliated in front of the world” after its two-decade-long military presence, only to have the Taliban ultimately takeover and commandeer American military hardware left behind.

Washington’s failure is “dangerous for everybody because now our collective enemy, which is militant Islam, are going to feel their power and they’re going to come after a lot of people,” including the US, Russia and others, Yon predicted.