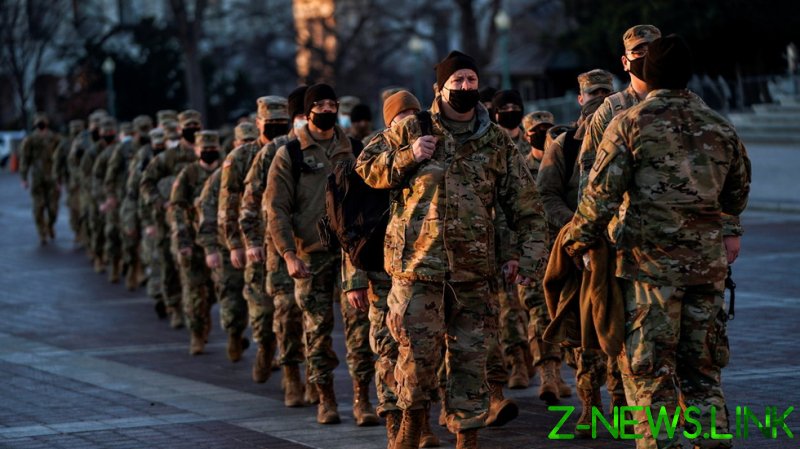 The country’s top military leaders issued a letter on Tuesday blasting the violent disturbance that shook the nation’s capital last week, a rare reproach from the Joint Chiefs, who seldom wade into domestic political matters in the public sphere.

“The violent riot in Washington, DC on January 6, 2021 was a direct assault on the US Congress, the Capitol building, and our Constitutional process,” the letter reads.

The Joint Chiefs – an advisory body that includes the top uniformed officials in each branch of the military – called on service members deployed overseas and in the country to “stay ready, keep your eyes on the horizon, and remain focused on the mission” as Inauguration Day approaches, insisting that on January 20, “President-elect Joe Biden will be inaugurated and will become our 46th Commander in Chief.”

“As Service Members, we must embody the values and ideas of the Nation. We support and defend the Constitution,” they said, adding “Any act to disrupt the Constitutional process is not only against our traditions, values, and oath; it is against the law,”

The letter also noted those who lost their lives amid the chaos in the Capitol last Wednesday, in which a crowd of supporters of President Donald Trump forced its way into the building as Congress convened to certify the 2020 election results, prompting an evacuation of lawmakers and staff.

“We mourn the deaths of the two Capitol policemen and others connected to these unprecedented events,” the letter continued, referring to an officer who reportedly died after being bashed in the head with a fire extinguisher during the riot, and another who took his own life days after the incident. Another woman was fatally shot by police inside the Capitol, while three others perished due to “medical emergencies,” one of whom suffered a heart attack.

While Trump and his backers have repeatedly charged endemic fraud in the 2020 race, the president has taken a more conciliatory tone after last Wednesday’s riot, saying his main focus will be to oversee an “orderly” and “seamless” transition to a Biden administration in the final days of his presidency. Nonetheless, Big Tech companies have moved aggressively to expel Trump and his supporters from their platforms since the unrest erupted in DC, while Democratic lawmakers have renewed discussions of impeachment, claiming the president incited an “insurrection.”