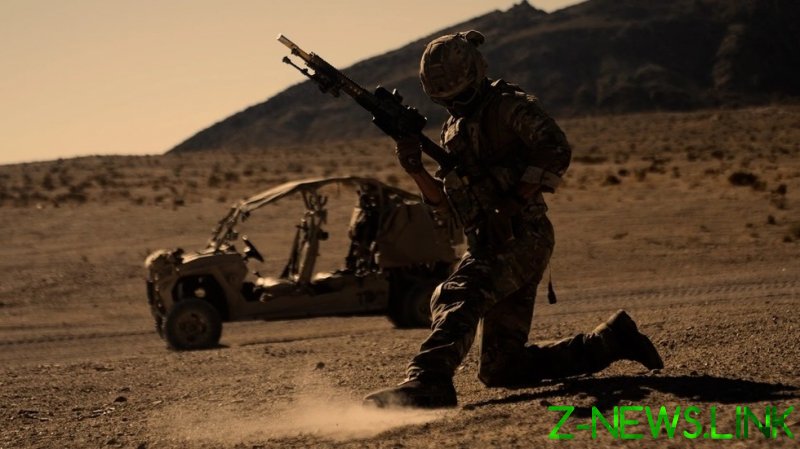 A commando of Royal Marines deployed to the US Marine Corps facility in Twentynine Palms last month for Green Dagger 2021 exercises, among other things in order to test a new force structure. After training with the Dutch, Emirati and Canadian colleagues, they were pitted against the USMC in a five-day fighting exercise.

The 40 Commando proclaimed on Saturday they were “victorious,” offering no further details.

According to the Telegraph, however, the Royal Marines “dominated” their USMC counterparts. US forces were so badly mauled after the first two days, they reportedly asked for a “reset.” At one point, the 40 Commando’s “kill board” showed almost every US asset as either destroyed or rendered inoperable.

The exercise area stretched over 3,500 square kilometers (1,350 square miles) of desert and mountains, including urban settings populated by actors playing civilians.The British force began in control of 20% of the area, and ended up commanding 65% at the end of the battle. They reportedly succeeded by targeting the US headquarters and valuable equipment, “paralyzing” the Americans’ counter-attacks. British artillery and fighter jets helped the commandos advance, and a last-minute USMC counter-attack was repelled.

“Throughout this deployment our focus has been on integrating game-changing capabilities from across the commando force to deliver disproportionate effect in the face of a free-thinking peer adversary,” said Lieutenant Colonel Andy Dow, who commanded the British force.

Dow’s Bootnecks were trying out a new force structure called the Littoral Response Group (LRG). The British are planning to reorganize the Marines into two LRGs, one of which will remain in the UK and the other will be deployed somewhere “east of Suez,” according to the British military broadcaster Forces.

The Middle East LRG would consist of about 500 British and 120 Dutch troops, along with ships and aircraft.

While the Brits boasted about their performance, there was little mention of the exercise in the Marine Corps Times, for example. The outlet’s top story on Friday was the USMC policy change to allow sleeve tattoos, which had been banned in 2007.

Earlier this year, the US Air Force revealed it had “won” a simulated battle against China over Taiwan in 2020, for the first time in three years. However, as critics pointed out, the USAF only managed to do so after giving itself new technologies and capabilities that don’t yet exist – even on the drawing board.