US Marines chief reveals biggest risk for his force 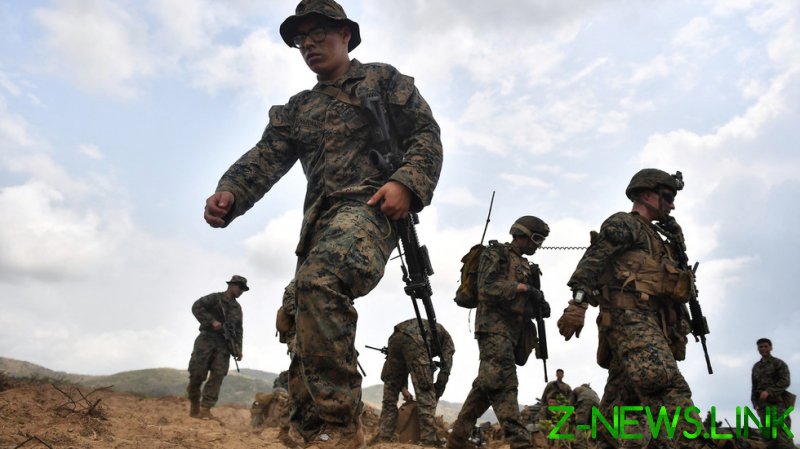 General David Berger warned that, if the Congress and the Pentagon were not “willing to back” his force, the USMC might end up “in a bad place” after it gets rid of “legacy things” such as tanks and artillery without receiving new cutting-edge capabilities to replace them.

“We’re in that middle ground where we’re rapidly changing,” he told an online event hosted by the Center for a New American Security on Tuesday. “If you’re left in a lurch there, that’s not a good place to be.”

The general’s concerns were linked to the Marines’ new strategy dubbed ‘USMC Force Design 2030.’ Over the past several years, the USMC moved “to divest, or get rid of things that may have been useful in the past, but were not as useful going forward.” The force discarded what it considered outdated hardware not fitting its new, agile and more expeditionary role.

In addition to tanks and artillery and bridging companies, the Marines also got rid of heavy helicopters in preparation of pursuing “the next-generation capabilities for the future,” as the USMC put it in May.

The ships were supposed to be included in the acquisition list for the fiscal year 2022 but were ditched by the Navy because of a budgetary decision. Now, Berger hopes their purchase would be in the fiscal year 2023 budget cycle.

“If we don’t do that, then you’ll have the stand-in force that’s forward without an organic ability to move around,” the general said, adding that the force cannot wait “three or four years to assess what our requirement is. We can’t move like that anymore.”

Outlining the Marines’ new strategy, Berger suggested sending “small but lethal” mobile units made up of USMC, Navy and Coast Guard forces on missions “below the threshold of violence” in contested areas like the South China Sea. Having these forces would enable the US to “assist in identifying and countering malign behavior,” the general said in a December 1 report, adding that “if armed conflict does erupt, the joint force can attack effectively first and prevent the enemy from doing so.”