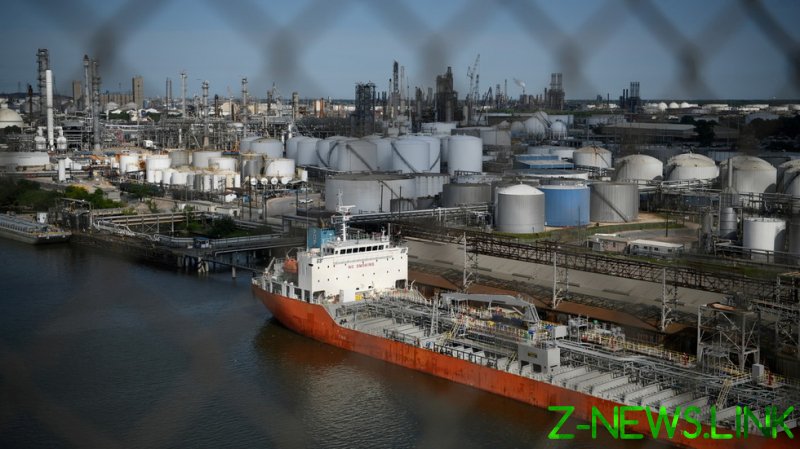 The cargo from the Liberian-flagged tanker MT Achilleas was unloaded in Houston, Texas and sold at around $55 a barrel, the Associated Press reported, citing court documents. The money went to an escrow fund, similar to proceeds from previous operations.

The national statistics, published by the US Energy Information Agency, listed Iran as one of the sources of crude in March, stating an import of 33,000 barrels per day, or about a million barrels of crude per month.

According to AP, when asked about the import, Iranian Foreign Ministry spokesman Saeed Khatibzadeh said: “Since the time of the former US president, Mr. Bill Clinton, no oil has been purchased from Iran because of their laws.”

In February, the US filed a legal complaint seeking to confiscate the oil aboard the Achilleas under terrorism forfeiture laws, as it was assumed that the money for the cargo would go to the Islamic Revolutionary Guard Corps (IRGC). The IRGC was designated as a terrorist organization by the Trump administration, which then started seizing oil shipments of allegedly Iranian origin under terrorism laws.

The forfeiture claim for the Achilleas and its cargo, which was filed in February, was the first by the Biden administration, showing a continuation of Iran policy in Washington. Tehran branded the seizure an act of international piracy.

The situation was further complicated in March, when an UAE-based oil company laid claim on the seized crude, which by that time had been reportedly unloaded in Houston, Texas.

Fujairah International Oil & Gas Corp (FIOGC), which is controlled by the ruler of the Emirate of Fujairah, said the cargo belonged to it as an intermediate seller. The Achilleas is said to have been seized by the US in the port of Fujairah.

The Trump administration sought to stifle the Iranian oil trade as part of its ‘maximum pressure campaign’ against Tehran. The US threatened anyone buying crude from Iran with secondary sanctions.

The shift came after the US withdrew from the 2015 multilateral agreement which restricted the Iranian nuclear industry in exchange for sanctions relief and lucrative business opportunities in the West. The Biden administration is currently trying to negotiate a return to the agreement, with talks in Vienna ongoing.