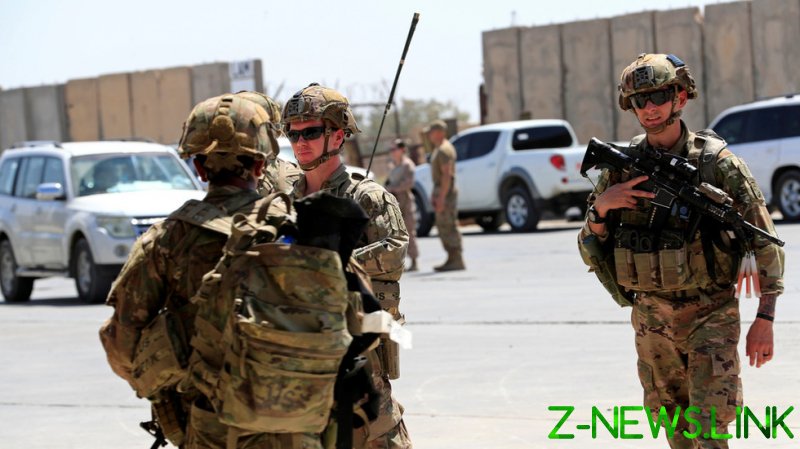 The remaining Western troops will switch to training and advising the Iraqi Security Forces (ISF), US and Iraqi commanders announced on Thursday.

“As we complete our combat role, we will remain here to advise, assist, and enable the ISF, at the invitation of Republic of Iraq,” coalition commander Major General John W. Brennan, Jr. said in a statement.

“Today, we renew our partnership with the Coalition, who are now serving in a new capacity – with a mission to advise, assist, and enable our brave military warriors,” al-Shammari said.

Pentagon spokesperson John Kirby said the shift was a “natural evolution” of Washington’s commitment to Baghdad.

Qasim al-Araji, a national security adviser to the Iraqi government, said that both sides agreed on a “withdrawal” of Western forces from the country.

However, Reuters quoted Western officials and diplomats, who told the agency privately that the change will make “little difference” to the number of US troops on the ground. The Pentagon currently maintains around 2,500 service members in Iraq.

The US and its allies invaded Iraq in 2003, toppling its longtime leader Saddam Hussein, who was later sentenced to death by an Iraqi court and executed. The campaign was part of Washington’s global ‘war on terror,’ which was launched after the 9/11 terrorist attacks on American soil.

In 2014, the US initiated Operation Inherent Resolve, a military campaign to defeat IS after militants captured large parts of northern Iraq, including the major city of Mosul. The US and its Iraqi and Kurdish allies eventually liberated Mosul, extinguishing most of the IS resistance around the country.