US lawmaker accused of ‘racial violence’ over Halloween costume 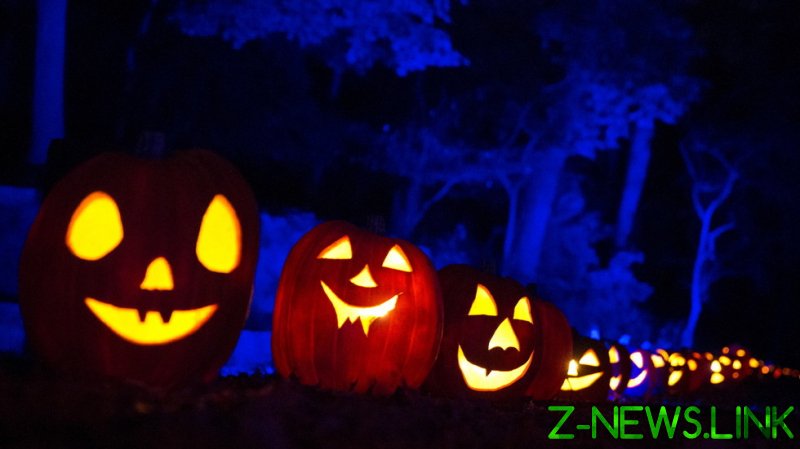 The photo in question, which surfaced online earlier this week, shows Malden, Massachusetts City Councilor Jadeane Sica wearing a bamboo hat and an “Orchids of Asia” T-shirt while holding a bottle of lotion. Her husband is shown with her in the picture, wearing New England Patriots garb and holding a fake NFL championship trophy. Orchids of Asia is the Florida spa where Patriots owner Robert Kraft was accused of soliciting prostitution in 2019. Charges against him were later dropped.

The picture sparked criticism, including a scathing statement issued Wednesday by the Greater Malden Asian American Community Coalition. “This costume is harmful, racist and ignorant,” said the statement, which was signed by 15 other community organizations. People of Asian descent make up more than 22% of Malden’s population.

“Our youth, especially our young women, should not see themselves represented and mocked in this way by an elected official of our town,” the coalition said. “This is racial violence – the appropriation of Asian identity for someone’s amusement.”

Malden’s state legislative delegation also condemned the costume, saying, “Our society has engaged in a long-overdue reckoning with the harmful impacts of ethnic stereotypes and racist caricatures.”

Following the backlash, the councilwoman apologized, vowing to “do better.”

“Looking back at the choice of costume through a more enlightened lens allows me to see now what I didn’t see then, which is that costumes that in any way portray another culture can be hurtful,”  Sica said in a Facebook post on Wednesday.

Sica said she loves people from all racial and religious backgrounds, but added, “I also recognize that bad intent isn’t a necessary ingredient to actions that are hurtful to others.”

Ironically, Sica is the second Malden city councilor just this month to be caught up in controversy over an old Halloween costume. City Councilor Karen Colon Hayes apologized last week for a 2012 costume, saying it “promoted an inaccurate, stereotypical portrayal of an indigenous person.” She added that “dressing up in another culture was racist. It does not matter what my intentions were. There is no excuse for reinforcing racist stereotypes.” Much like Sica, Hayes pledged to “do better.”