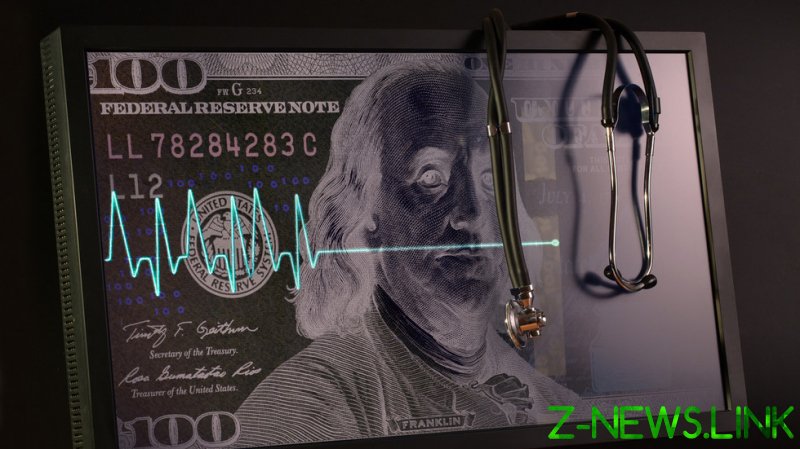 The Republicans lost the argument the moment they conceded that stimulus is “good” for the economy, Schiff believes.

He explained that after the markets tanked, Trump threw out an olive branch to House Speaker Nancy Pelosi, saying he was still willing to consider a smaller stimulus, including another round of $1,200 checks, $25 billion in airline relief, and paycheck protection program funds. That kickstarted negotiations again and the Republicans quickly began to bid themselves up.

“The fact that we need all this artificial support is an admission that the economy is weak. That’s why it needs all this help,” Schiff said, adding: “You can’t say we’ve got this really strong economy, but then say it needs a government crutch in order to support it. I mean, either the economy is strong, in which case it doesn’t need stimulus, or it’s weak and it needs stimulus.”

According to the veteran stockbroker, the reason the American economy needs the “emergency” tool constantly is because the central bank used it in the first place. “The Fed has so crippled the US economy by giving it the QE crutch that now the only way it can limp along is with that crutch. If you take that crutch away, you know, and the economy completely implodes. It collapses. So, we didn’t cure the economy by coming in with QE. We just created a bubble that is addicted to ever-increasing doses of that monetary heroin.

“We were always going to get more stimulus. The US government and the Fed will keep stimulating the economy by draining it of its life-blood until they completely destroy it by killing the dollar.”