Home / WORLD / US judge upholds vaccine mandate by Texas hospital system, marking first federal ruling on whether jabs can be forced on employees

US judge upholds vaccine mandate by Texas hospital system, marking first federal ruling on whether jabs can be forced on employees 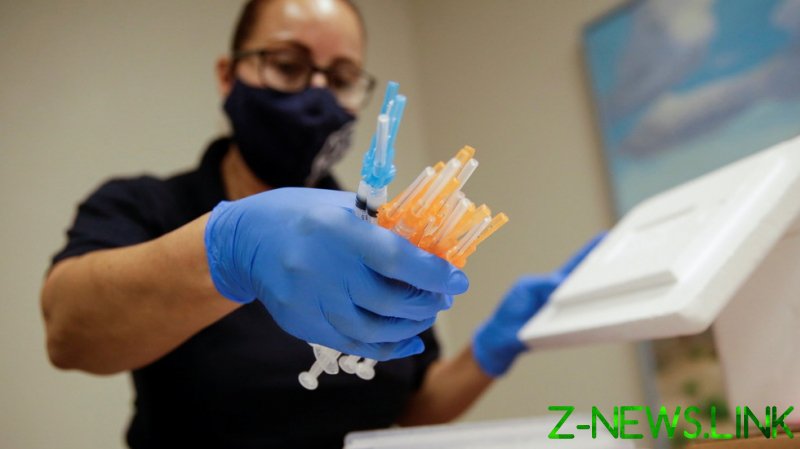 US District Court Judge Lynn Hughes dismissed the lawsuit on Saturday, ruling that Houston Methodist had the legal right to force employees to be vaccinated – even though the jabs have only received emergency-use authorization, not full approval, from the FDA. He said the claim by the 117 employees who sued the hospital system that the inoculations were experimental and dangerous was both “false” and “irrelevant,” as Texas law protects workers from wrongful termination only if they are fired for refusing to commit an act that carries criminal penalties.

“We can now put this behind us and continue our focus on unparalleled safety, quality, service, and innovation,” Houston Methodist chief executive Marc Boom said in a statement.

Houston Methodist put 178 employees on unpaid leave last Monday because they had refused to be vaccinated against Covid-19. The workers are scheduled to be fired on June 21 if they still haven’t complied with the mandate. In a message to staff last week, Boom chided the recalcitrant staffers, saying, “Unfortunately, a small number of individuals have decided not to put their patients first.”

The plaintiffs had argued that, by forcing them to take a vaccine that hadn’t gone through the extensive clinical trials needed for full FDA approval, Houston Methodist was essentially requiring them to be “human guinea pigs” in a de facto drug trial. Hughes ruled that, as a private employer, the hospital system didn’t have to give employees the option of refusing vaccination, and he found that they weren’t being forced into a human experiment because Houston Methodist hadn’t applied or been certified to conduct clinical trials.

The judge also rebuked the plaintiffs for likening the allegedly forced medical experimentation imposed on them to Nazi experiments on human subjects during the Holocaust:

“Equating the injection requirements to medical experimentation in concentration camps is reprehensible. Nazi doctors conducted medical experiments on victims that caused pain, mutilation, permanent disability and, in many cases, death.”

More than 5,000 Americans have died after receiving Covid-19 vaccines, according to the Centers for Disease Control. It’s not clear whether vaccines caused any of those deaths, the agency said, but recent reports suggest a “plausible causal relationship” between the Johnson & Johnson Covid-19 jab and blood clots that have caused fatalities.

Hughes even rejected the plaintiffs’ claims that the threat of losing their jobs was coercion. The employees can “freely choose to accept or refuse a Covid-19 vaccine,” he said, and if they decline, they will “simply need to work somewhere else.”

Jared Woodfill, a lawyer representing the plaintiffs, told The Hill media outlet that the employees plan to appeal Saturday’s ruling. “This is just one battle in a larger war to protect the rights of employees to be free from being forced to participate in a vaccine trial as a condition of employment,” he said. “Ultimately, I believe Methodist Hospital will be held accountable for their conduct.”

The lead plaintiff in the case, registered nurse Jennifer Bridges, set up a GoFundMe page to raise money for the costs of the lawsuit. The campaign had raised more than $135,000 of its $500,000 goal at the time of writing. “We are simply asking for more time, proper research, and [for the vaccine to be] fully FDA-approved before injecting it into our bodies,” she said.

Hughes was appointed to the federal court bench by President Ronald Reagan in 1985. His rulings have been the second-most reversed among jurists who’ve had at least 100 decisions reviewed by the 5th US Circuit Court of Appeals. Nearly three in 10 of his rulings have been overturned on appeal, according to a February 2021 report by Reuters, citing Westlaw’s litigation analytics.