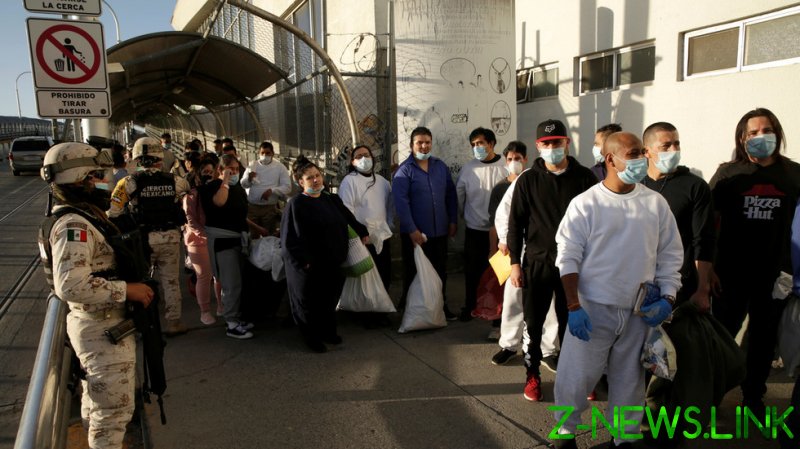 US District Judge Drew Tipton blocked the deportation freeze for 14 days after the state of Texas sued to stop it from taking effect. The two parties have until January 28 to set a re-hearing date.

Texas Attorney General Ken Paxton declared victory upon hearing the news, posting on Twitter that he and his team had stopped “a seditious left-wing insurrection.”

Paxton had filed suit on Friday to stop the deportation freeze, alleging the Biden administration was violating “congressionally enacted immigration laws.” The newly-appointed Acting Department of Homeland Security Secretary David Pekoske had issued an order the previous night to Immigration and Customs Enforcement, declaring that there would be a “100 day pause on certain removals” while the DHS reconsidered its “priorities.”

The Texas lawsuit argues that suspending deportations would constitute “imminent and irreparable harms to Texas,” both criminally and financially, given the state’s lengthy – and in parts quite porous – border with Mexico. Biden’s order directly contradicts US law requiring an illegal alien be removed within 90 days of a removal order, the suit adds, noting that the DHS’ failure to actually consult with the government of Texas on a measure that will disproportionately affect the state is “arbitrary, capricious, an abuse of discretion, or otherwise not in accordance with law” and exceeds the agency’s authority.

While it’s not yet known how the president plans to respond to Paxton’s legal challenge, Biden has further executive orders regarding immigration planned for Friday, according to a transition team memo seen by Reuters. He is expected to address the resettlement of asylum-seekers and reuniting migrant families, though the memo did not detail exactly which of his predecessors’ own orders he planned to counter.