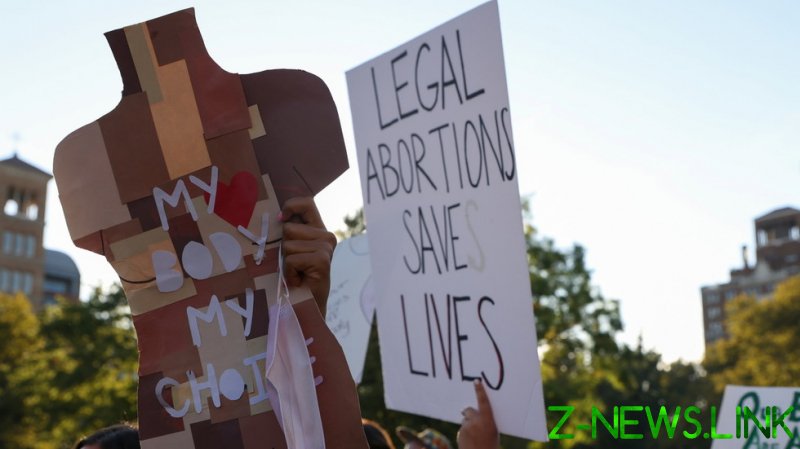 In a 113-page ruling issued Wednesday, US District Judge Robert Pitman granted a DOJ request to hold off enforcement of the statewide abortion law, SB 8, which went into effect September 1 and effectively banned all abortions after the sixth week of pregnancy. SB 8 will now go unenforced as the issue plays out in the courts.

“From the moment SB 8 went into effect, women have been unlawfully prevented from exercising control over their lives in ways that are protected by the Constitution,” Pitman said in the decision, though left the matter to further litigation to settle it for good.

That other courts may find a way to avoid this conclusion is theirs to decide; this Court will not sanction one more day of this offensive deprivation of such an important right.

While Pitman’s order prohibits state officials from enforcing the ban – including state judges, who are barred from hearing any case brought under the law – the Texas government has argued that SB 8 doesn’t actually task officials with enforcement, and merely empowers private citizens to bring litigation against clinics that perform abortions after six weeks. Therefore, the state government argued, the court has nobody to enjoin, and cannot prevent SB 8 from going into effect.

Pitman rejected that argument, however, ruling that despite the “lack of clarity” regarding state officials who might enforce SB 8, “this Court trusts that the State will identify the correct state officers, officials, judges, clerks, and employees to comply with this Order.”

President Joe Biden’s Justice Department intervened in the case last month, launching a civil action against the Texas government while asking a federal judge to declare SB 8 “invalid, null and void” due to its “open defiance of the Constitution.”

Responding to Wednesday’s ruling, the White House called the decision an “important step forward toward restoring the constitutional rights of women across the state of Texas” and repealing a law that “blatantly violates the right to safe and legal abortion established under Roe v. Wade.”

The fight has only just begun, both in Texas and in many states across this country where women’s rights are currently under attack.

On the national level, Democrats have pushed back against abortion-restricting measures with a sweeping bill of their own, the Women’s Health Protection Act, which passed the House late last month. If greenlit in the upper chamber and inked by the president, the law would effectively criminalize attempts by state legislatures to restrict abortions with “medically unnecessary regulations” – including Texas’ SB 8, among a number of other similar laws in other states.