Home / WORLD / US is only country in the world still hanging on to chemical weapons, Russia says, after Washington unveils ‘Novichok’ questions

US is only country in the world still hanging on to chemical weapons, Russia says, after Washington unveils ‘Novichok’ questions 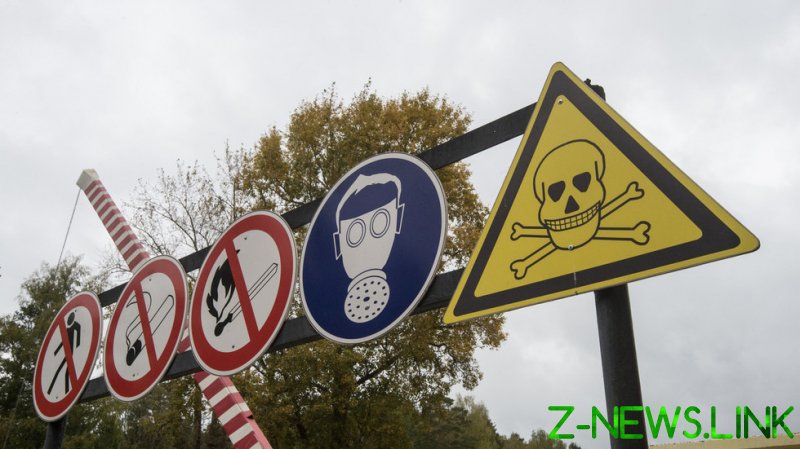 On Tuesday, Moscow’s embassy in Washington issued a fiery statement after the US and 44 other countries presented a series of answers from Russia over the incident as part of a missive passed over to the Organization for the Prohibition of Chemical Weapons (OPCW). Navalny and his German doctors insist that he was poisoned with the nerve agent Novichok last year. The envoys blasted the allegations as “unfounded,” and the Kremlin has argued that all requests for evidence from Berlin have gone unanswered.

In response to the allegations, the embassy argued that Russia “is committed to its obligations” under chemical weapons treaties and, “in 2017, our country destroyed all national stocks of chemical warfare agents, which was documented by the OPCW.”

However, the envoys argue that “the US continues to be the only country in the world that has not destroyed its impressive arsenal of chemical weapons.” In 1991, then-US President George H.W. Bush committed to destroying its stockpiles of lethal agents, but progress has since been hampered by a number of issues and decommissioning is still underway, leaving large quantities of chemical munitions, including mustard gas shells.

In March, the US slammed Russia with sanctions, urging Moscow to get rid of the country’s chemical weapons stockpile following the allegations of the use of Novichok against Navalny. Kremlin Press Secretary Dmitry Peskov, however, maintained that “Russia declared and verified the destruction of all chemical weapons on its territory many years ago and fully complied with international conventions… Russia has no chemical weapons.”

“By the way,” Peskov added, “we expect that our counterparts will also comply with these conventions.”

This is not the first time that Russia has called on the US to dispose of its chemical weapons. In 2018, the spokesperson for the country’s Foreign Ministry, Maria Zakharova, responded to former US President Donald Trump’s request for Russia to “stop the arms race” developing between the two nations. “Great idea,” Zakharova said. “Let’s start by getting rid of chemical weapons. American ones.”

In response to the US’ latest accusations regarding Russia’s supposed chemical warfare capabilities, the embassy said that it is in the world’s interest that Washington complies with the UN’s international regulations surrounding disarmament. “We call on Washington to complete the chemical demilitarization program as soon as possible and fulfill international obligations, making the world safe from the potential use of this type of weapon,” the embassy added.