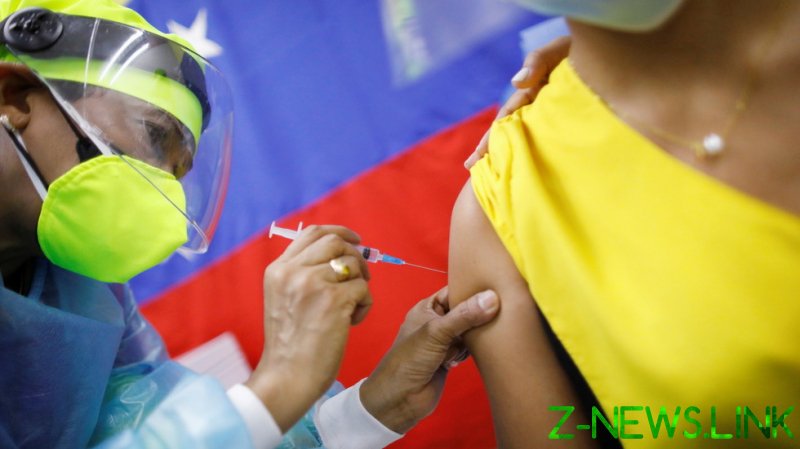 And this new Cold War, like the previous one, emanates from the even older Monroe Doctrine of 1823 in which US President James Monroe declared that the US has sole dominion over the Western Hemisphere.

President Teddy Roosevelt would add his famous corollary to this Doctrine, declaring that the US has the right to use military force to prevent outside countries from interfering in the US’s “backyard.” Neither the Monroe Doctrine nor Roosevelt’s corollary thereto have ever been repudiated by the US.

Thus, on March 16, 2021, Admiral Craig S. Faller, Commander of US SouthCom, delivered a statement to the US Senate Armed Services Committee in which he stated, in the most histrionic terms, the perceived need of the US to counter Russian and Chinese influence in Latin America, lest the countries of the region fall to the East and to other countries such as Cuba, Venezuela and Nicaragua, which he describes as “malign regional state actors.”

Admiral Faller set the tone with the following comment: “I feel an incredible sense of urgency. This Hemisphere in which we live is under assault. The very democratic principles and values that bind us together are being actively undermined by . . . the PRC [People’s Republic of China] and Russia. We are losing our positional advantage in this Hemisphere and immediate action is needed to reverse this trend.”

As usual, however, Faller never explains how Russian and Chinese activities in the region – such as shipping Covid-19 vaccines and providing financial and infrastructure support to countries in need – represent a threat to the region’s ostensible commitment to democratic principles.

Hearkening back to the Monroe Doctrine, Faller states, “The National Defense Strategy (NDS) identifies defending the homeland as a critical defense objective and recognizes that our homeland cannot be safe without a stable and secure Western Hemisphere. USSOUTHCOM’s primary mission is to keep our neighborhood safe from those seeking to do us harm so that our home remains secure.”

Admiral Faller tries to raise the specter of China and Russia taking over the region by their “deploying medical diplomacy” during the Covid-19 crisis. The fact that China and Russia are sending medical teams and vaccines throughout the region and the world to combat the pandemic may alarm the US, which apparently understands only the use of “gunboat diplomacy” (the words used to describe President Teddy Roosevelt’s policies in the Western Hemisphere), but such medical diplomacy should not be of concern to most rational people.

The fact is that the US has lost legitimacy in the region and the world precisely because it has prioritized war over peace, bombing over real development assistance and force over diplomacy.  What countries like Russia and China have learned is simply the old adage that one can lure bees better with honey than with vinegar.  This is a lesson the US has yet to learn, and much to the detriment of the US and everyone else.

And what of US SouthCom’s claim that it is Cuba, Venezuela and Nicaragua which are allegedly the “malign regional state actors” responsible for destabilizing the region?  The facts simply do not bear this out. Rather, it is the US client states in the region which are the real malign influences.

Cuba and Venezuela have shown significant medical solidarity to other countries in the region.  Most notably, they were, as the New York Times acknowledged, on the frontline in fighting the cholera epidemic in Haiti which followed the 2010 earthquake.  And, quite recently, Venezuela sent desperately-needed oxygen to Covid-ridden Brazil when it had run out of its own supply. In addition, Cuba and Venezuela were the key actors in the region in brokering the 2016 peace agreement between the Colombian government and FARC guerillas.

Meanwhile, as the US reels from another surge of migrants from Central America – chiefly from Honduras, El Salvador and Guatemala – one Central American country stands out as by and large not contributing migrants to the US, and that is Nicaragua. And this is because Nicaragua, under the leadership of the Sandinistas, has created a relatively stable and prosperous country while Honduras, El Salvador and Guatemala have still not recovered from the brutal US-backed wars of the 1980s.  As for Honduras specifically, that country’s road back to peace and stability was halted by a US-backed coup in 2009 which toppled the progressive, democratic government of President Manuel Zelaya.

That is to say that it is not Cuba, Venezuela or Nicaragua which are the “malign actors” in the region. Nor is it Russia or China which represent a threat to democracy in the Western Hemisphere. Rather, it is the US itself which is the true malign force. Indeed, the number of times the US has intervened to overthrow democratic governments in Latin America and the Caribbean, only to replace them with strongmen and military dictatorships, is almost too many to count, but the CIA overthrow of President Arbenz in Guatemala in 1954, the US-backed military coup in Brazil in 1964 and the US-backed coup against Salvador Allende in 1973 are but a few notable examples, and these coups continue to have a significant impact throughout the region.

While these and other anti-democratic coups were often justified by Cold War claims that they were necessary to ward off interference by the USSR, the truth is that the Soviet Union’s actual influence in the Western Hemisphere was relatively modest, but always exaggerated by the US to justify its long-held prerogative to intervene in other countries of the region at will. And so, the US would invariably accuse a country targeted for regime change of being a Soviet pawn when in fact that country was only yearning for independence.

As author and journalist William Blum, a former computer programmer for the US State Department, explains in his landmark book, Killing Hope,

What then has been the thread common to the diverse targets of American intervention which has brought down upon them the wrath, and often the firepower, of the world’s most powerful nation? In virtually every case involving the Third World . . . , it has been, in one form or another, a policy of “self-determination”: the desire, born of perceived need and principle, to pursue a path of development independent of US foreign policy objectives.   . . .  It cannot be emphasized too strongly that such a policy of independence has been viewed and expressed by numerous Third World leaders and revolutionaries as one not to be equated by definition to anti-Americanism or pro-communism, but as simply a determination to maintain a position of neutrality and non- alignment vis-a-vis the two superpowers.

And, as Blum further explained, the US has used the most reprehensible tactics to keep such upstart countries down:  “the United States remains committed to its all- too- familiar policy of establishing and/or supporting the most vile tyrannies in the world, whose outrages against their own people confront us daily in the pages of our newspapers: brutal massacres; systematic, sophisticated torture; public whippings; soldiers and police firing into crowds; government supported death squads; tens of thousands of disappeared persons; extreme economic deprivation . . . a way of life that is virtually a monopoly held by America’s allies, from Guatemala, Chile and El Salvador to Turkey, Pakistan and 12 Indonesia . . . .”

These words still ring true today. The current targets of US intervention in the Western Hemisphere, such as Cuba, Venezuela, Nicaragua and Bolivia, are countries seeking their own independent path to development and their right to use their own natural resources for the benefit of their own people rather than US multinationals.  And this is exactly what is unacceptable to the US and its regional military outpost, US SouthCom. In their view, these countries are not entitled to go their own independent path, and the US will use any means to make sure that they do not. In order to justify its actions against these countries, US SouthCom is invoking the old bugaboo of the Russian and Chinese “menace” in “our backyard.” But this claim is as bogus as the one pushed so aggressively during the first Cold War.

As has been true for the past two centuries, since the time of President Monroe’s announcement of his famous imperialist Doctrine, there is indeed a threat to democracy and freedom in the Western Hemisphere, and that is the United States itself.  This is the true menace which must be reckoned with.