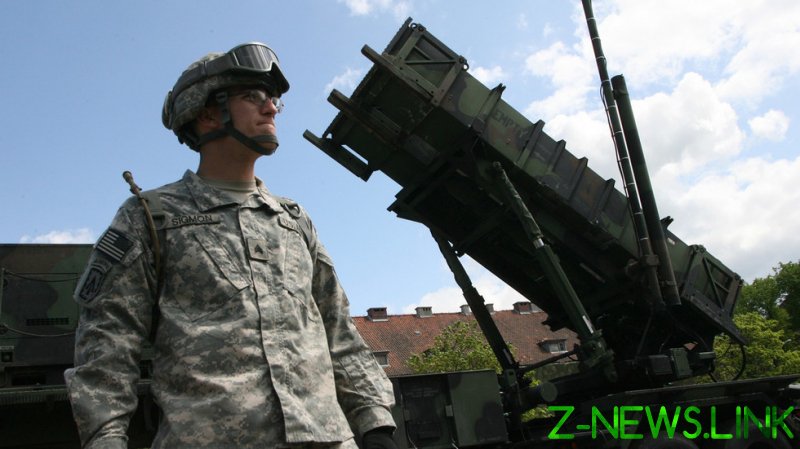 In a statement issued on Tuesday, Deputy Prime Minister Alexey Reznikov revealed he had made the request as part of a visit to the United States, during a meeting with the Jamestown Foundation, a think-tank which the Russian government has previously accused of spreading propaganda against the country.

“It is important to expand the security package for Ukraine,” Reznikov said. “First of all, with the stationing of air defense forces, and even by deploying American units.” The politician added that Ukrainian legislation already allows for foreign troops to be based in the country.

Russia has repeatedly said that the presence of US military personnel on its borders with Ukraine would be a major red line in the simmering political conflict between the two nations. In February, Kiev called on NATO to begin flying warplanes and troop transports near the disputed Crimean Peninsula. Moscow has insisted that such moves are “provocative” and increase the chances of a potentially catastrophic incident, undermining regional stability.

At the same time, Reznikov said that an increased presence of Western forces in his country was necessary because of Russian dominance over the Black Sea, the completion of the Nord Stream 2 gas pipeline, and Moscow’s “influence in the Balkans.”

In addition, the deputy prime minister repeated allegations that the Kremlin may be planning to station nuclear weapons in Crimea. Russian officials, including Yury Gempel, the head of the Crimean parliament’s diplomatic committee, have blasted the claims as “unsubstantiated.” State Duma member Andrey Kozenko went further, saying those pushing the purported conspiracy without evidence should see “a psychotherapist” rather than making appeals to the West.