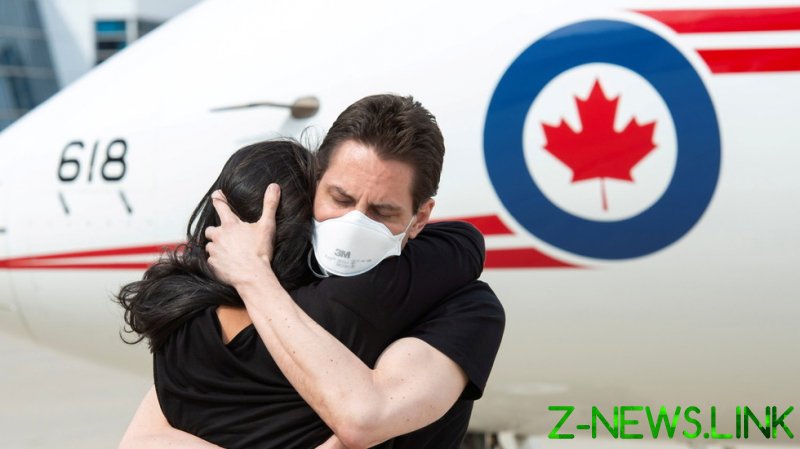 On Tuesday, Chinese Foreign Ministry spokeswoman Hua Chunying hit back at the Western media and several “absurd rumors” after she was asked whether China had set a precedent by releasing two Canadians who were allegedly held as hostages, after Ottawa dropped charges against Huawei executive Meng Wanzhou.

“It is exactly the same as the absurd rumors that some people in the United States and the West are accustomed to making, inciting appalling rumors on China-related issues,” Hua told gathered media at a daily press conference.

She contended the West and its media were simply trying to stir up negative feelings and slander China. The spokeswoman claimed that foreigners were indeed safe in China and that one must remember that Michael Spavor and Michael Kovrig were criminals. They had written confessions and even repented, she added.

The two men had been arrested on accusations of espionage on December 10, 2018, just nine days after Huawei CFO Meng Wanzhou’s detention in Canada. Ottawa claimed the moves were retaliatory for the detention of Meng. Both men were sent back to Canada after Meng was released last week.

Focusing on the US, Hua contended that everyone is aware that Washington is the inventor of hostage diplomacy, and such practices were below Beijing. “Through its own policies and actions, the United States has provided the world with many classic cases of coercive diplomacy,” she added.

The spokeswoman also pointed to the case of Frédéric Pierucci, a former executive of French multinational Alstom, who was detained in the US, accused of corruption. Pierucci contended he was an “economic hostage” as his arrest came at a time when US giant General Electric was negotiating the purchase of Alstom’s energy section.

On Friday, Meng, who was arrested in Canada on a US warrant in 2018, left North America in a deal with US prosecutors. She was being held in Canada awaiting extradition to the US amid accusations she conspired to violate US trade sanctions with Iran.

Beijing frequently contended the move was an attempt to maintain US hegemony in the technology sector.

Spavor and Kovrig were released from China just hours later.