Home / WORLD / US inspector finds AT LEAST $2.4 billion ‘wasted’ on buildings in Afghanistan in ‘clear pattern’ of misuse and destruction

US inspector finds AT LEAST $2.4 billion ‘wasted’ on buildings in Afghanistan in ‘clear pattern’ of misuse and destruction 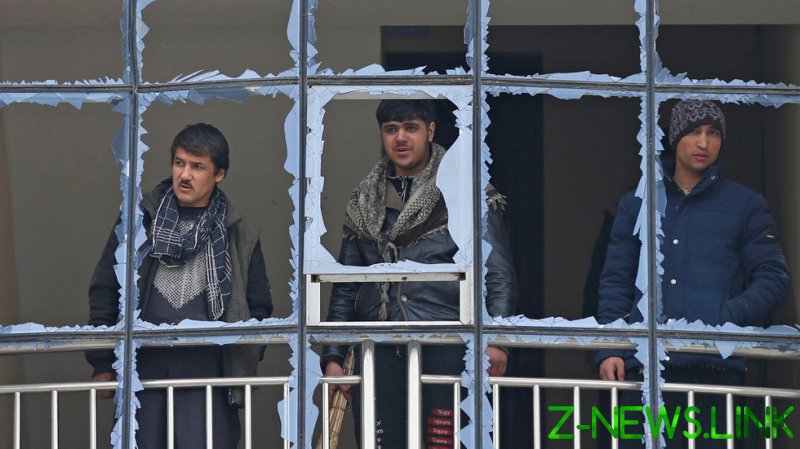 The Special Inspector General for Afghanistan Reconstruction (SIGAR) identified “about $2.4 billion in assets that were unused or abandoned, had not been used for their intended purposes, had deteriorated, or were destroyed” out of nearly $7.8 billion the US has spent on capital assets in the country.

Only $1.2 billion worth of assets were being used as intended, and only $343.2 million worth was in good condition, SIGAR said in a report sent to Congress at the end of February.

These capital assets were just a portion of the nearly $36 billion the US has spent since 2002 to “support governance and economic and social development,” in Afghanistan, on top of the cost of waging war against the Taliban, Al-Qaeda, Islamic State and other groups designated as terrorists.

Since SIGAR’s establishment in 2008, the inspectorate’s reports have shown “a clear pattern of nonuse, misuse, deterioration, or destruction” of capital assets the US built for the Afghan government. The latest report includes the detailed descriptions of a “stratified sample” of 60 capital assets, concluding that 91 percent of the $792.1 million spent on them went to projects that were “unused or abandoned, were not used as intended, had deteriorated, were destroyed, or had some combination of the above.”

The sample included roads and bridges, hospitals, schools, irrigation systems, power plants, police and border facilities. Among the examples were a hospital in the Parwan province designed for a staff of 150 that only had 19 employees; one crumbling and one completely destroyed bridge; and a “center of excellence” school for boys in the Laghman province that ended up serving as a guest house for visiting government officials instead.

There was even a garbage incinerator facility built at a military base used by both US and Afghan government forces that never got used because “open-air burn pits… cost less to operate.” Meanwhile, US veterans have complained of a variety of chronic conditions attributed to burn pits.

SIGAR concluded that many capital assets were not wanted or needed to begin with and the Afghans lacked resources to maintain or use them as intended, but also that in some cases the US agencies behind them – primarily the Pentagon, State Department and USAID – simply didn’t deliver the projects to the locals on time and in a usable state.

Given that SIGAR has been warning about wasteful spending in Afghanistan for over 12 years now, it doesn’t appear likely that the latest report will make much of a difference in Washington.

The House Oversight and Reform Committee scheduled a hearing about it for March 16. The chair of the Subcommittee on National Security Rep. Stephen Lynch (D-Massachusetts) said that US taxpayer resources “must be more wisely and carefully allocated to ensure they do not go to waste.” However, he prefaced that by saying he believes that “targeted humanitarian relief and construction assistance for Afghanistan was and is warranted.”

The US invaded Afghanistan in October 2001, after the 9/11 terrorist attacks in New York and Washington, DC were blamed on Al-Qaeda and the Taliban government was accused of sheltering the terrorist group’s leader Osama bin Laden. He was tracked down and killed in Pakistan in 2011, but the war in Afghanistan continued.

Under the terms of the peace agreement the Trump administration signed with the Taliban in February 2020, US troops were supposed to leave Afghanistan by May 2021. The Biden administration has walked back that commitment, however, accusing the Taliban of not honoring their part of the bargain.