US in urgent embassy evacuation 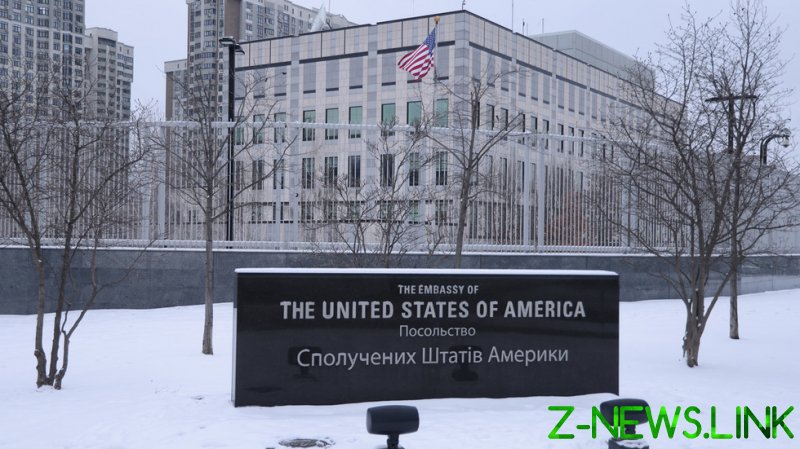 The US State Department announced on Monday that it will temporarily move embassy operations in Ukraine from Kiev to Lviv, citing concerns over the alleged buildup of Russian troops on the Ukrainian border and the “safety” of US personnel.

Lviv is a large city in the West of the country, close to the border with Poland, which is regarded as a cultural capital. It was previously known as Lemberg and Lwow, and became part of Soviet Ukraine in 1946.

US officials announced they would remain “engaged” with Ukraine and will continue to “deescalate the crisis.” It was reported earlier on Monday that all US personnel were being evacuated from Kiev amid concerns from the administration over a supposed invasion of Ukraine by Russian forces, something Moscow has denied it’s planning. Staff will return to the facility “as soon as conditions permit,” according to the announcement.

The destruction of “computer equipment” at the embassy was also ordered amid invasion fears, according to a report from the Wall Street Journal, citing the customary unnamed ‘sources,’ said to familiar with the decision. The hardware to be allegedly destroyed includes computer work stations and the building’s telephone system.

On Sunday, the US suspended consular services in the capital.

The news that the embassy in Kiev will be completely evacuated comes after the State Department ordered the departure of the majority of the mission’s employees, citing “the continued threat of Russian military action.” American citizens have also been told to leave the country using commercial or other privately available transportation options. 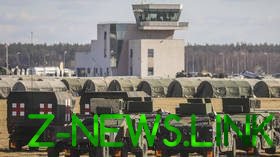 The order comes as Russia stands accused of placing more than 100,000 soldiers near its border with Ukraine, with some believing this is a sign of an impending military incursion. This claim has been repeatedly denied by the Kremlin, and has also been played down by Ukrainian President Volodymyr Zelensky.

However, according to the US, Moscow could order an invasion “essentially at any time.” Speaking to CBS on Sunday, White House national security adviser Jake Sullivan told American citizens to use commercial options to leave Ukraine.

“President Biden is not intending to send in American forces to fight Russia in that war, and Americans who have the opportunity to get out now should avail themselves of it,” he explained.