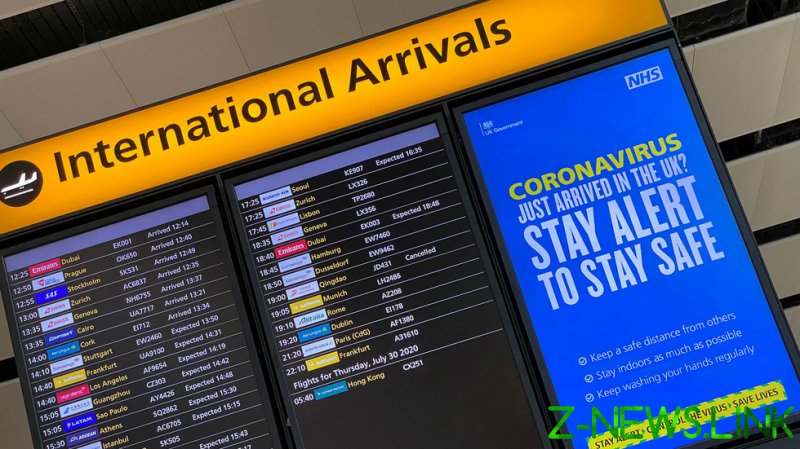 In a statement issued late on Thursday night, the top US health agency said the new policy would come into effect next week. The rule mandates that UK travelers test negative on a PCR or antigen screening no more than three days before leaving, also requiring them to provide “written documentation” of their negative test result.

The announcement comes just days after reports that the Donald Trump administration would not impose the rule-change, following a White House meeting on Monday where the idea was reportedly raised. As dozens of other nations acted much faster to bring even harsher restrictions, it is unclear what might have prompted Washington’s about-face.

The new travel bans and testing requirements were introduced amid fears of a highly infectious coronavirus strain in the UK. According to some health experts, it could be up to 70 percent more transmissible than other known variants, however one top German virologist, Christian Drosten, cautioned against quantifying the danger of the new strain, telling RT this week that the data is “incomplete.”

As the UK’s case count balloons to nearly 2.2 million, with just shy of 70,000 fatalities, Prime Minister Boris Johnson has refused to rule out yet another nationwide lockdown, arguing the country faced “considerable new pressures” from the mutant strain.

“I do think it is necessary for us to grip this virus now, to stop it running out of control in January. Because we need to buy ourselves time to get the vaccine into as many arms of the elderly and vulnerable as we can,” the PM said.

I know that it’s been very, very tough over the last few weeks and, I must tell people, it will continue to be difficult.