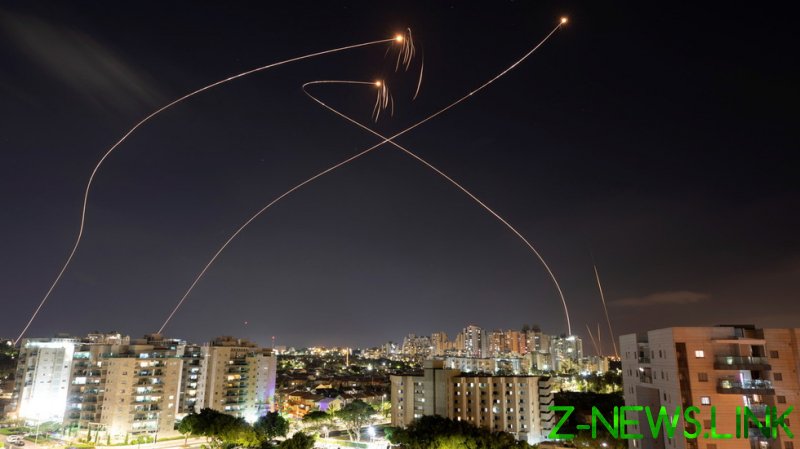 The bill was passed by 420 votes to 9 on Thursday, a day after the legislation was introduced. The measure needed a minimum of 260 votes to become law.

The $1 billion in funding to replenish the reserves of the defense system was initially incorporated into a must-pass bill that the House considered earlier this week. That legislation – on government funding and the suspension of the debt limit – was threatened by a group of progressives who vowed to sink it over the Israeli funding.

The bill’s opponents reiterated their arguments during debates on Thursday, with Rep. Rashida Tlaib (D-MI) giving a fiery speech on the House floor.

“I will not support an effort to enable war crimes and human rights abuses and violence. We cannot be talking only about Israelis need for safety at a time when Palestinians are living under a violent apartheid system, and are dying from what Human Rights Watch has said are war crimes,” Tlaib told fellow lawmakers.

The speech immediately drew objections from Tlaib’s opponents, who accused the Democrat of “anti-Semitism” and alleged she was seeking to destroy Israel altogether.

“To advocate for the dismantling of the one Jewish state in the world, when there’s no place on the map for one Jewish state, that’s anti-Semitism and I reject that,” Rep. Ted Deutch (D-FL) said.

The funding’s approval was welcomed by Israel, with Prime Minister Naftali Bennett expressing his gratitude to US lawmakers.

“Thanks to all members of the US House of Representatives, Democratic and Republican alike, for their sweeping support for Israel and the commitment to its security. Those who try to challenge this support got a resounding response today,” Bennett said in a statement.

Israel’s Iron Dome, which is designed to intercept rockets and other projectiles, was depleted during the conflict with Palestinian militants in May. According to Israel’s tally, some 4,350 rockets were fired from Gaza during the escalation, with the vast majority being intercepted by the mobile all-weather air defense system.