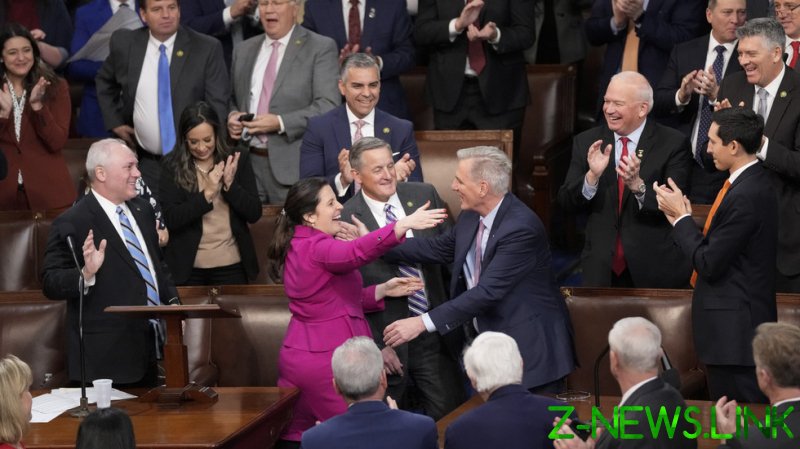 The US House of Representatives has appointed a new speaker following 15 separate votes, with GOP Majority Leader Kevin McCarthy now set to fill the position after a days-long battle with insurgent Republicans.

While McCarthy lost out on the 14th vote on Friday night and the House appeared to be headed into the weekend without a speaker, Republicans pressed for yet another ballot in a last-minute decision. After gaining the support of more than a dozen fellow GOP members who had voted for other candidates, the California lawmaker finally secured a majority vote in the early hours of Saturday morning.

Representative Matt Gaetz of Florida was the sole GOP member standing in McCarthy’s way before the final vote, leading a group of 20 insurgent Republicans under the pro-Trump Freedom Caucus during this week’s speaker votes. The lawmakers argued that McCarthy is too willing to capitulate to Democrats and represents years of bad policy-making, obstructing him from taking the speaker position for four days of balloting.

Democrats unified around New York Rep. Hakeem Jeffries, who received 212 votes on the last attempt, leaving a small group of Republicans to cast the deciding ballots.

With voting kicking off on Tuesday, the GOP stalemate resulted in a highly unusual scenario for Congress. The last time the body went beyond a single round of voting to fill the speaker role came 100 years ago, in 1923, when nine ballots were required to appoint Republican Frederick Gillett.

Without a speaker, lawmakers were unable to be sworn into office, and Congress could not officially begin its next session, making the vote vital for the legislature to function properly into the new year.