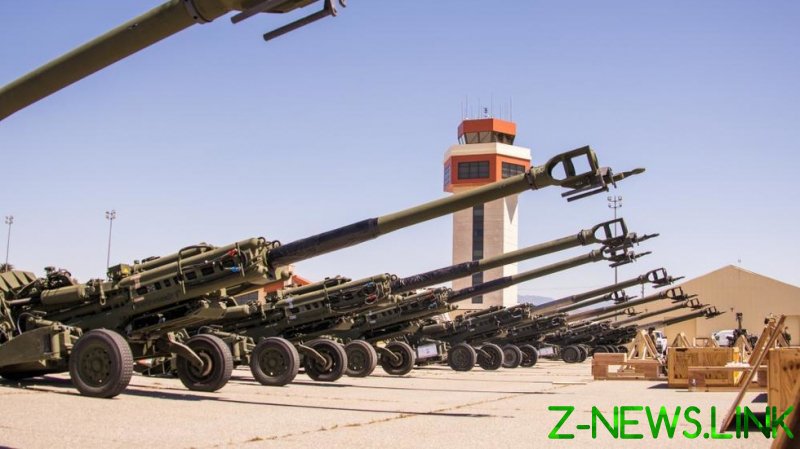 The US House of Representatives has overwhelmingly approved a mammoth $39.8 billion package of military and other assistance to bolster Kiev against Moscow – more than 5% of the entire 2022 national security budget of the United States.

Only 57 Republicans rejected the measure in a Tuesday vote that took place just hours after the text of the bill was released. To push the bill through, Democrats agreed to detach it from a $10bn Covid-19 assistance package, fiercely opposed by Republicans. Senate Majority Leader Chuck Schumer has already promised to “move swiftly” to pass the legislation, which would bring total US support for Ukraine this year to nearly $54 billion and more than Washington spent on foreign aid worldwide in 2019.

House Speaker Nancy Pelosi (D-California) claimed that the bill was a matter of US national security, saying that “Ukrainian people are fighting the fight for their democracy, and in doing so, for ours as well.”

Critics like Rep. Andy Biggs (R-Arizona), however, argued “we can’t help Ukraine by spending money we don’t have.”

The lawmakers approved even more funding than the $33 billion President Biden initially asked for. “We cannot afford delay in this vital war effort,” Biden said on Monday, urging the Congress to move quickly ahead of a “critical” deadline. 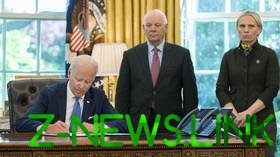 While the bill seeks to provide Ukraine with additional military assistance to continue its battle against Russia – authorizing more direct transfers from US military stockpiles – a large portion of the funds will be spent on replenishing weapons already shipped overseas, as well as supporting other regional allies and increased troop deployments in Europe.

At least $8.7 billion of the cash will go to the State Department-run Economic Support Fund to help cover Ukraine’s budget deficit and other “emergent needs,” while another $900 million is intended for neighboring states housing Ukrainian refugees. Another $5 billion will be diverted to global food relief programs to alleviate potential disruption of supplies from war-torn Ukraine and sanctions-hit Russia.

Earlier on Monday, Biden signed the ‘Ukraine Democracy Defense Lend-Lease Act Of 2022’, a WWII-era scheme to funnel weapons and other equipment to the government in Kiev, approved by Congress at the end of April. Weapons sent under this act are separate from the nearly $4 billion in direct military aid that the US has already sent to Ukraine since the start of Russia’s military operation in February, and from the weapon supplies authorized by the new $40 billion package.