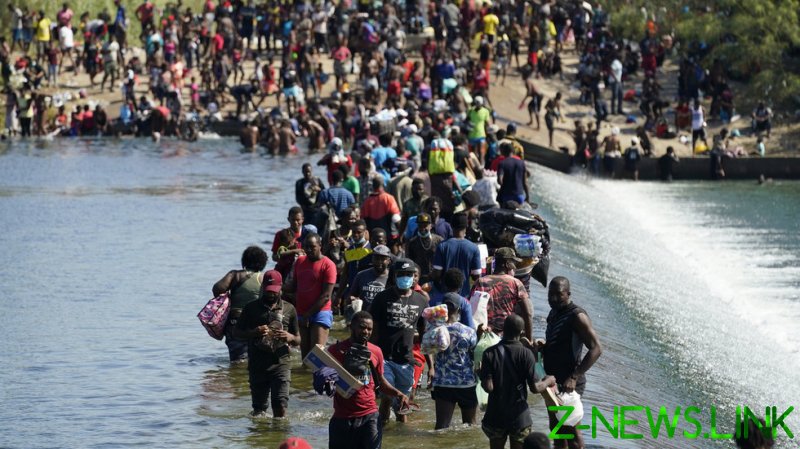 In a statement on Saturday, the DHS outlined six new strategies to deal with the huge increase of illegal immigrants in Texas under President Joe Biden’s administration.

“DHS will secure additional transportation to accelerate the pace and increase the capacity of removal flights to Haiti and other destinations in the hemisphere within the next 72 hours,” the statement declared, adding that the department is “working with source and transit countries in the region to accept individuals who previously resided in those countries.”

400 agents will also be sent to Del Rio within 48 hours to help deal with the situation, while border authorities are working to move migrants to other locations in an effort to alleviate the area and “ensure that irregular migrants are swiftly taken into custody, processed, and removed from the United States.”

In response to the poor conditions under the Del Rio bridge that were documented this week, “urgent humanitarian actions with other relevant federal, state, and local partners to reduce crowding and improve conditions for migrants on US soil” are currently being undertaken, which include providing medical technicians, water, and toilets to migrants.

The department concluded by warning that the majority of migrants “continue to be expelled” and that regular removal flights are being made to Haiti, Mexico, Ecuador, and Northern Triangle countries.

“The Biden Administration has reiterated that our borders are not open, and people should not make the dangerous journey,” DHS declared, calling illegal immigrants “a significant threat to the health and welfare of border communities and to the lives of migrants themselves.”

Del Rio Mayor Bruno Lozano has claimed that there are 14,353 illegal immigrants waiting underneath the Del Rio International Bridge for processing, despite the fact that they will most likely be expelled.

Many of the migrants are Haitians who crossed the border into the US from South America and, as the CNN has put it, are now living in “squalor” under the bridge.