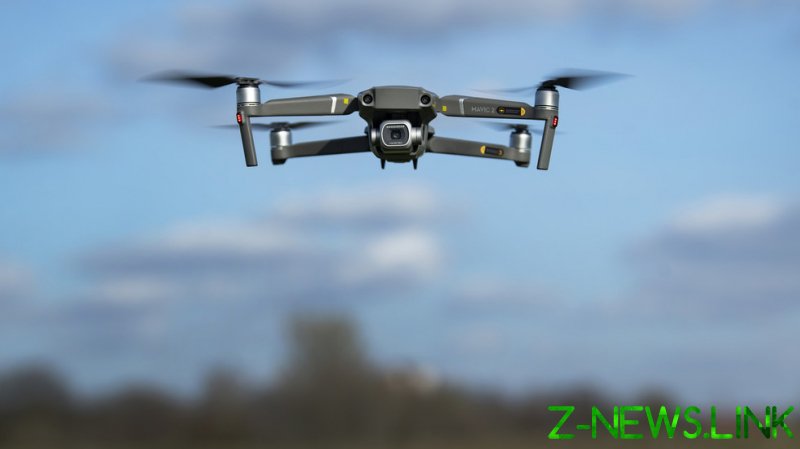 Last year the Trump administration took the step of grounding the entire federal government fleet of drones, many of which were made by Chinese company DJI. Amounting to an inventory of more than 800, the White House was concerned they were being used for espionage and demanded that they be made in America instead.

Biden has embraced this policy wholeheartedly, Congress is currently busy pushing legislation which will restrict them even further. But as a recent Financial Times report has revealed, this is not having the intended results. Being forced to produce drones made in the US, the government now finds itself paying eight to 14 times more for a product which doesn’t even have 95% of the sensors seen on its Chinese counterpart. Who could have ever seen that coming?

Lessons learnt? Nope. Arguably the worst has not yet come, as the Biden administration is enthusiastically pursuing this botched strategy of protectionism across a whole range of other areas, too. He wants to make things in America and rival China’s industrial policy with his own brand of ‘America First’, optimistically accusing Chinese products of all kinds of malign things in order to discredit their place in the US market. This includes allegations of human rights abuses, of using forced labour and, of course, playing the espionage card.

Apparently, so it goes, doing this will create American jobs and win back the country’s industrial base, which Beijing is apparently “solely responsible” for diminishing in public mythology. But all indications so far show this isn’t working… even Janet Yellen recently commented that Trump’s tariffs had hurt American consumers.

The costs of aggressive economic nationalism with an anti-China overcoating are literally ‘costs’ in the true sense of the word, coming not in the form of metaphorical penalties, but of soaring production and labour costs. While the US has been quick to attack China’s economic model, claiming it is ‘unfair’ for a variety of reasons, in the midst of all this hysteria what might constitute actual ‘reason’ and analysis of market dynamics has been lost.

China’s market is more competitive than America’s not because it apparently ‘cheats’, as is lazily assumed, but because it is floated on a much cheaper and surplus labour force combined with a much more integrated and larger supply chain, buffeted by a much larger market both at home and abroad.

America doesn’t have 1.4 billion people to fall back on, nor such a globally spanning market as China does. Thus, in both ‘supply’ and ‘demand’, China’s options are much larger, which allows goods to be produced and sold more cheaply, but also with much larger profit margins.

The United States, no matter how much it tries or wishes to, can’t emulate this, with the primary reason being that its economic structure is based exclusively on consumer capitalism and services, which has incentivized ‘offshoring’ of jobs and production to meet the needs of the market – not because “China is to blame” and has “stolen our jobs.”

To put it bluntly, America is not China, therefore it cannot copy China. Beijing’s economic model is advantageous owing to its size of population, its scale, and its different trajectory in development. Therefore, when an American company tries to make a drone, not only is it more expensive, but it’s also of a lesser quality in order to try and keep costs down, which turns the logic of the old ‘made in China’ stereotype on its head.

In this case, along with already rising prices in the United States, what the ‘Biden economy’ risks if it keeps hammering China across multiple fields, in the worst-case scenario, is the re-emergence of a 1970s-style industrial policy which sees inflation spiral out of control and the return of ‘stagflation’.

The administration is already lockstepped against supporting expansive free trade deals such as the Trans-Pacific Partnership (TPP), which were core to countering China in the first place. Countries such as India and Vietnam have been touted as manufacturing alternatives, but they do not have the resilience nor the capability to match China, and nor does Washington have the political capital to outsource ‘jobs’ there again when the onus is solely on building them back home. It is currently politically unacceptable for any country to gain an ‘advantage’ on the US when it comes to trade – be it the UK, Europe, or whoever.

So if Biden pushes this model too aggressively, the outcome will be that the incentive for profit-making against the practical reality of more expensive production costs will cause the costs of goods to rise, which will be passed onto the consumer, who will require drastic wage increases to keep up with it (and this is also impossible in America’s economic system), otherwise real consumption falls and then the economy stagnates.

Even if this worst-case scenario does not happen, this principle alone illustrates why the US’ stimulus-led stellar growth can’t continue. If the US is to keep growing in a stable manner, then it needs to stick to the neoliberal, low-price, low-inflation model it’s adhered to since Reagan, as immoral as it may be. If, on the other hand, Biden’s strategy is to be successful in the long term, this entire economic structure has to be rewritten from bottom up. Is this going to happen? No. He’s trying to blend them both, and it won’t work.

America’s fundamental weakness here is that it remains an ultra-capitalist economy that has subsequently offshored manufacturing and embraced global markets as big corporations do, but then on a political level decided against the flow of the market that it does not like this system anymore, because a rival country dominates it. This is the inherent contradiction of US capitalism, and it may ultimately prove the undoing of the Biden model as it risks driving up costs and making false promises.