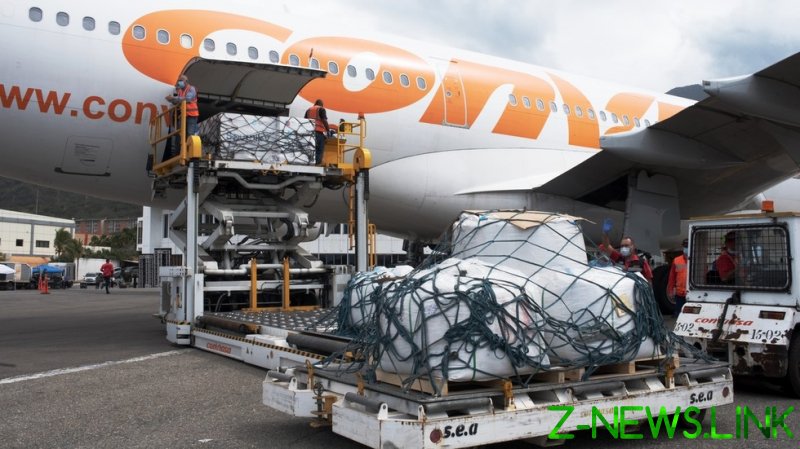 On Monday, Russia’s Direct Investment Fund (RDIF), which financed the development of the Sputnik V jab, published an excerpt that recently came to light from the annual report of the US Department of Health and Human Services (HHS), which is responsible for healthcare and access to medicines.

As part of the self-appraisal of the department’s successes in 2020, it confirmed that its international team, the Office of Global Affairs (OGA), “used diplomatic relations in the Americas region to mitigate efforts by states, including Cuba, Venezuela, and Russia, who are working toincrease their influence in the region to the detriment of US safety and security.”

These efforts, it said, culminated in “using OGA’s Health Attaché office to persuade Brazil to reject the Russian COVID-19 vaccine.” How the use of the jab, which has already been approved by 51 countries across the world, would have been to the detriment of Americans’ safety and security is not detailed. The section comes immediately after a section on meeting one of the agency’s key objectives – “promoting vaccine confidence and access.”

Sharing the excerpt, the team behind the jab, developed by Moscow’s Gamaleya Institute, which previously worked on vaccines against Ebola and other infectious diseases, said that “we believe countries should work together to save lives. Efforts to undermine the vaccines are unethical and are costing lives.”

In January, the RDIF was forced to deny reports that Brazil had outright rejected its formula for use in its national immunization program. Reportedly, a partner company’s application had failed to meet “minimum requirements for submission and analysis.” Then, a month later, health authorities gave a green light for Phase III trials of the formula to go ahead.

Since the start of the pandemic over a year ago, there have been more than 11 million confirmed cases of the virus in Brazil, and 278,000 people are estimated to have lost their lives in connection with Covid-19 there.

Speaking at a press conference at the end of last year, Russian Foreign Minister Sergey Lavrov was asked whether 2021 would see a “vaccine war” between Russia and other countries working to roll out their jabs. In response, he claimed that “Western states are trying not only to politicize the humanitarian theme of the fight against coronavirus infections, but also to take advantage of the pandemic to punish governments they don’t like.”

However, a number of US commentators and officials have warned that, far from just limiting the death toll from the virus, Sputnik V is actually a dangerous propaganda tool for the Kremlin. Speaking earlier this month, State Department spokesman Ned Price claimed that Moscow seeks to rubbish rival formulas. “It is very clear that Russia is up to its old tricks,” he claimed, and “is potentially putting people at risk by spreading disinformation about vaccines that we know to be saving lives every day.”