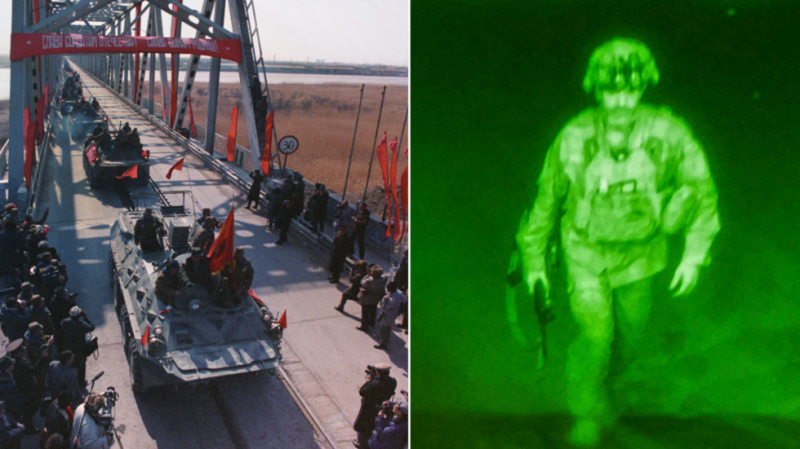 The last US military flight out of the Hamid Karzai International Airport (HKIA) took off on Monday, a minute before the clocks struck midnight in Kabul. The 20-year war had come to an end, and the Taliban lit up the night skies with celebratory gunfire.

To hear President Joe Biden tell it, “the largest airlift in US history” was an “unparalleled” success, executed by the US military, diplomats, veterans and volunteers “with unmatched courage, professionalism, and resolve.”

In the minds of just about everyone else who could watch the events unfold over the past two weeks, it was a mad scramble to evacuate over 100,000 Afghans eager to emigrate, with fewer than 6,000 Americans making the flights – and several hundred being left behind for diplomats to try and save.

In fact, while 82nd Airborne Division commander General Christopher Donahue and US ambassador to Afghanistan Ross Wilson were the last two people to step on the last plane, no American civilians were on board the last five flights out of Kabul. This was the startling admission by General Kenneth McKenzie of CENTCOM to Pentagon reporters on Monday evening.

“We did not get everybody out that we wanted to get out,” McKenzie said.

Compare that to the Soviet pullout from Afghanistan, which ended in February 1989. The USSR took nine months to draw down over 100,000 troops. The last man across the Bridge of Friendship into present-day Uzbekistan was General Boris V. Gromov, who turned to a TV crew and said, “There is not a single Soviet soldier or officer left behind me.”

The government of Dr. Najibullah, whom the Soviets intervened to support against the US-backed Islamists a decade earlier, fought on for three more years – collapsing only after the USSR itself imploded and stopped sending aid. By contrast, the US-backed government in Kabul vanished into thin air before the US withdrawal was even complete.

President Ashraf Ghani flew out of Kabul on August 14, letting the Taliban take over without firing a shot. The Afghan National Army, which Biden himself touted as 300,000-strong and equipped with some of the best US weaponry, simply surrendered and melted away, all that equipment taken by Taliban as trophies. The Taliban then surrounded HKIA with checkpoints, leaving the 6,000 or so US troops there to keep out desperate Afghan civilians. There were no more disturbing images of men stuck in airplane wheels – or falling to their deaths after clinging onto planes as they took off – but something worse was yet to come.

Last Thursday, a suicide bomber allegedly belonging to the ISIS-K terrorist group made it all the way to the line of US troops before blowing himself up – killing up to 200 Afghan civilians as well as 14 US troops in the process.

Biden’s response was to order two drone strikes. One reportedly killed unspecified ISIS-K leaders in another province, while another was said to have stopped a car bomb in Kabul. Except the Afghans said it killed ten civilians, seven of them children, instead.

Yet the only member of the US military sacked during this fiasco has been the Marine colonel who spoke out publicly and demanded accountability. The leadership at the Pentagon, the CIA, the State Department, and the White House that got just about everything wrong when it came to Afghanistan, remains in place.

While the Biden administration is now claiming credit for ending the 20-year war, it’s clear that its grip on the narrative – both at home and abroad – has been shaken, perhaps fatally.

For years it was thought that the US aided the Islamist mujahideen in Afghanistan only after the Soviets intervened. Until January 1998, that is, when former US national security adviser Zbigniew Brzezinski told a French publication that Washington’s support started months earlier, as part of his own plan to “give the USSR its Vietnam war.” Brzezinski outright boasted that the resulting conflict “brought about the demoralization and finally the breakup of the Soviet empire.” Many US scholars agreed.

Fast forward to the present day, and it’s the American empire that’s facing demoralization, including a political and economic crisis at home. Biden was inaugurated with 25,000 troops lining the empty streets of Washington, and declared the alleged “extremism” of his political opponents as the greatest threat to the country, now rebranded as Our Democracy. He pitched the retreat from Afghanistan to the American public as a heroic decision to end the endless war before anyone else gets hurt. It was supposed to be a feather in his cap.

With the US now exiting Afghanistan after a 20-year nation-building effort and absolutely nothing to show for it but “complete disgrace and total humiliation” – as one commentator put it – Brzezinski’s theory is about to be put to a test.