Home / WORLD / US has given Beijing an 8-year head start – Biden’s ambition to outcompete China’s is too little, too late

US has given Beijing an 8-year head start – Biden’s ambition to outcompete China’s is too little, too late 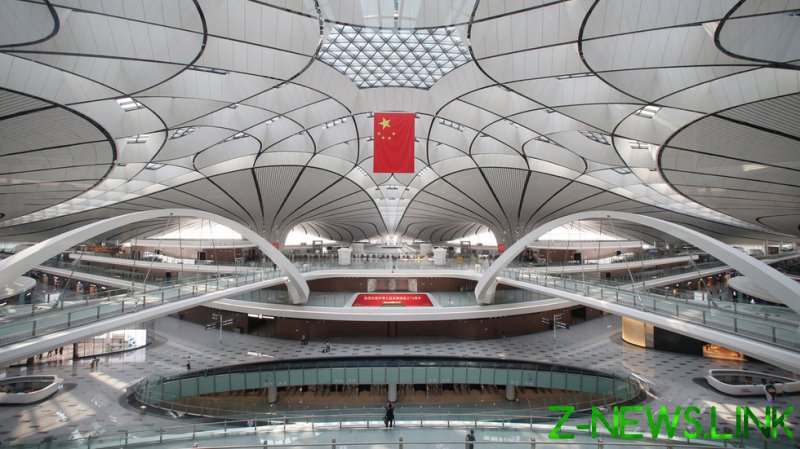 Joe Biden unveiled phase one of his ambitious “American Jobs Plan” in a speech delivered in Pittsburgh, Pennsylvania earlier this week.

The problem in the plan was not its overarching domestic scope and scale – the $2 trillion dollar plan, representing the first phase of a two-part proposal, is the kind of massive social re-engineering project that America has seen before, in the form of Franklin Roosevelt’s “New Deal” and Lyndon Johnson’s “Great Society.” The need for massive investment in America’s crumbling infrastructure has broad bi-partisan support, and while there will be political fights over how this program will be paid for, ultimately it will pass because it needs to pass.

However much good the plan does for the American people, one of its core ambitions is to position the US to outcompete China. Drawing a direct comparison to the “great projects of the past”, Biden’s stated objective goes beyond simply bettering the lives of Americans, and toward unifying and mobilizing the US to meet what the president calls one of the “great challenges of our time” – the “ambitions of an autocratic China.”

It is at this juncture an informed listener might have been forgiven if he or she believed that the president’s speech was some sort of elaborate put-on. Because while there is no debating the need for massive investment in American infrastructure, the idea that such a program could offset the structural advantages that have been accrued by China over the past two decades is, to put it mildly, laughable.

Phase one of the American Jobs Plan seeks to modernize 20,000 miles of crumbling highways, roads, and main streets; fix the ten most economically significant bridges in the country that urgently require reconstruction; and repair the worst 10,000 smaller bridges. It will also pour hundreds of billions of dollars into building and repairing American mass transit, railroads, and airports, and seek to eliminate all lead pipes and service lines in US drinking-water systems. And, recognizing the importance of internet connectivity to modern society, it plans on bringing affordable, reliable, high-speed broadband to every American, including those in rural America who currently lack such access.

As President Biden lamented, “the United States of America is the wealthiest country in the world, yet we rank 13th when it comes to the overall quality of our infrastructure.” The metrics used to make this comparison measure factors such as road connectivity and quality, railroad density, efficiency of train services, airport connectivity, efficiency of air transport services, linear shipping connectivity index, efficiency of seaport services, electrification rate, electric power transmission and distribution losses, exposure to unsafe drinking water, and reliability of water supply.

The untold story of this statistic is the rapid pace of decline of the quality of America’s infrastructure – in 2008, the US was ranked No. 7 in the world, while China was ranked 47; twelve years later, the US had fallen to 13, while China climbed to 36. These numbers must be evaluated not as static figures, but rather as linked to the cumulative impact that decades of investment or noninvestment have had on overall infrastructure quality.

President Biden’s American Jobs Plan must be seen in the context of an American infrastructure on the decline – not only must the US build back from its current ranking of 13, but also reverse the trend that saw it fall six spots over the course of 12 years.

China, on the other hand, is building on a foundation of success. As such, in terms of competitive evaluation, the US is trending in the wrong direction, and will invariably need to expend a significant percentage of the planned investment in reversing this trend. Meanwhile, China is trending in the right direction, and any future investments will be accelerating an already positive trajectory.

Another metric which illustrates the uphill struggle faced by the Biden administration in transforming the planned infrastructure upgrades envisioned as part of the American Jobs Plan is the shrinking size of the American middle class. In 2001, some 54% of Americans could be classified as “middle class”; today, that number is down to 52% (and this does not take into account the impact of the Covid-19 pandemic, which will likely drop this figure to below 50%.)

By comparison, in 2000, China’s middle class amounted to just three percent of its population. By 2018, this number had climbed to over half, constituting nearly 707 million people. By 2027, it is estimated that 1.2 billion Chinese will be in the middle class, amounting to one quarter of the world total.

While Biden’s American Jobs Plan may be able to better the lives of America’s middle class, the reality is that due to its population size, China is operating on a scope and scale the US will never be able to match. An example of this is the impact of a nation’s middle class on its overall economic performance: in 2020, middle class consumption in China amounted to some $7.3 trillion dollars. By comparison, US consumers spent $4.7 trillion. As an economic engine, China’s middle class will outperform its US equivalent every day of the week.

The issue of domestic infrastructure capability does have a peripheral impact on economic competitiveness. But the real battleground is the global market. Here, China’s ambitious “Belts and Roads Initiative”, or BRI, instituted since 2013, has set a global standard no nation or group of nations has come close to meeting. The BRI is a massive multi-national development and investment initiative that stretches from Asia to Europe, which significantly expands China’s global economic and political influence. The BRI is a global infrastructure development program for which neither the US nor any of its allies have an answer.

On March 26, 2021, Biden called British Prime Minister Boris Johnson and pitched the idea of pooling resources to develop a “democratic” counter to China’s “autocratic” BRI. “I suggested,” Biden told reporters after the call, “we should have, essentially, a similar initiative, pulling from the democratic states, helping those communities around the world that, in fact, need help.”

There is no indication yet of how Johnson responded to Biden’s concept. What is known is that China is expected to have spent some $1.3 trillion on global infrastructure development programs through the BRI by 2027, connecting China with 65 countries in Asia, North Africa, the Middle East and Europe.

Through this development, China is not only eating into preexisting US market share, but also developing economic relations that will define the global market going forward. The reality is China has a decade’s head start on the US in terms of BRI-like activity, and while it is a certainty that China will continue to expand the scope and scale of the BRI, there is no guarantee that Biden would be able to get any competing program off the ground, let alone fund it to the level needed to compete with China.

Biden will be undertaking a considerable political wrestling match to get Congress to fund his American Jobs Plan; the idea that there is another trillion dollars in America’s coffers to fund global infrastructure development is a non-starter politically. But even if Biden were somehow able to coax this money from a reticent Congress and like-thinking allies, the reality is that the US has given China an eight-year head start. Even if Biden’s plans could be fully funded, it would be too little, too late.