US has 1,000 ‘off-the-books’ troops in Afghanistan, some of whom work with the CIA – media 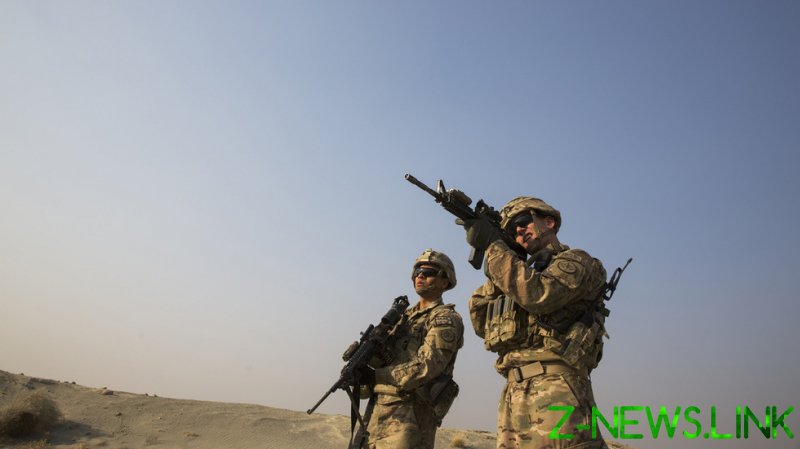 Citing US, European and Afghan officials, the Times reported that the US has about 1,000 more troops in the war-torn nation than it has disclosed. Officially, the Pentagon claims that its forces in Afghanistan total 2,500, but this figure allegedly does not accurately represent how many US boots are actually on the ground there.

Special Operations forces have been taken ‘off the books’, according to a senior US official who spoke to the paper, as well as some units that have been deemed ‘temporary’ or are transitioning from the warzone. Some of these elite units reportedly work under both the Pentagon and the CIA.

Under the Donald Trump administration, the US began scaling back its presence in Afghanistan, which was at around 12,000 troops this time last year. The withdrawal angered some in the Pentagon who claimed that they would need at least 8,600 troops to continue training operations and counterterrorism missions in the country. A recent report tasked with reviewing a peace deal with the Taliban concluded that 4,500 troops would be necessary in order to “secure US interests” in Afghanistan.

The disclosure of the allegedly larger-than-reported military presence in Afghanistan comes weeks before a May 1 deadline set by Trump to complete a full withdrawal. It is not yet clear whether President Joe Biden’s administration will honor the plan, which was part of an agreement with the Taliban. The Washington Post reported on Saturday that many US officials thought it was unlikely that all American forces would leave the country by May.

Recent efforts to bring the nearly 20-year-old conflict in Afghanistan to an end have been slow to produce results. However, the Afghan government recently agreed to attend an international conference with the Taliban in Turkey next month, at the invitation of the Biden administration.