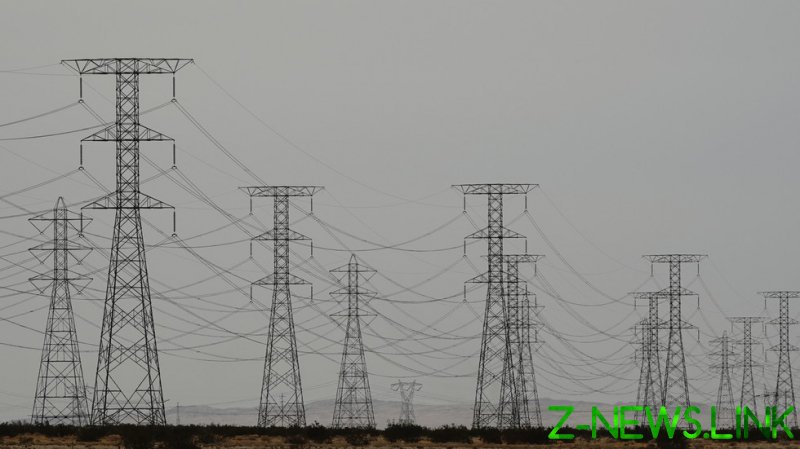 The US Department of Homeland Security has claimed that American “extremists” have designed concrete plans to attack the nation’s power grid in the hopes of paralyzing the government and stirring unrest.

AP obtained a report from the Department of Homeland Security’s Office of Intelligence and Analysis which claimed extremists in the country had “developed credible, specific plans to attack electricity infrastructure since at least 2020.”

The extremists – who allegedly belong to “a range of ideologies” – will “likely continue to plot and encourage physical attacks against electrical infrastructure” based partially on the idea that “disrupting the electrical supply will disrupt the ability of government to operate,” the report suggested.

The “extremists” also allegedly believe that “by conducting attacks against the communications and electrical infrastructure,” they “will actually accelerate the coming civil war that they anticipate because [the attack] will disrupt the lives of so many people that they will lose faith in government.”

In its report, the Department of Homeland Security cited a nearly decade-old sniper attack against the Metcalf Transmission Substation in Coyote, California as an example of such malign action. Though no one was injured during the 2013 incident, the attack caused millions of dollars of damage.

According to AP, the report also cited a more recent “suspected plot by white supremacist extremists to attack power stations in the southeastern U.S” following the 2020 presidential election.

The report also referred to an alleged plot by a group of suspected members of The Boogaloo Movement – a loose anti-government and anti-police group that initially started as a meme. Four people that self-identified as part of the movement were accused of plotting to attack a power substation in Las Vegas in May 2020 to “create unrest and rioting through Las Vegas.”