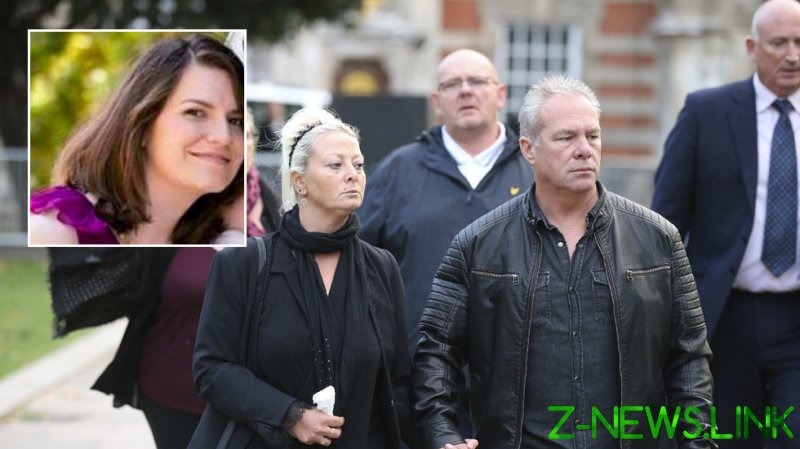 Sacoolas was accused of killing 19-year-old Harry Dunn in a car accident near the Royal Air Force Croughton airbase in Northamptonshire in August 2019 and was subsequently charged with causing death by reckless driving. The 43-year-old woman who, along with her husband was working for the US government at the time, went on to cite diplomatic immunity, however, and returned to the US. Details of her work are now being protected by the US government.

According to reports, US government lawyers have proposed a protective order in response to Dunn’s parents filing a damages claim against Sacoolas, and are attempting to hide the details of her work for “national security” reasons.

They added that the “United States seeks protection” due to “the impact the disclosure of information regarding the Government in this litigation could reasonably be expected to have on national security.”

Radd Seiger, a spokesman for the Dunn family, said the proposed protective order would be “resisted strenuously,” and accused Sacoolas and her husband of bringing in the US government to “help them minimize what happened to Harry on the night he died in an attempt to prevent both the family and public at large from knowing the full truth.”

In December 2019, Sacoolas’ lawyer, Amy Jeffress, said her client would “not return voluntarily to the United Kingdom to face a potential jail sentence for what was a terrible but unintentional accident.”

Despite claiming Sacoolas was “devastated by this tragic accident” and that she sends her “deepest condolences to the family,” Jeffress argued that, since Dunn’s death was the result of “an accident,” a “criminal prosecution with a potential penalty of 14 years’ imprisonment is simply not a proportionate response.”

In February, following the news that Sacoolas and her husband may have been working as spies at the time of the car accident, Seiger called on UK Secretary of State Dominic Raab to “come forward and explain what he knew about Mrs. Sacoolas’ employment status and when he found out about it.”

The US – both under former president Donald Trump and President Joe Biden – has repeatedly refused to extradite Sacoolas to the UK to face charges.