Home / WORLD / US government considers at least some UFOs to be ‘EXTRATERRESTRIAL’ & ‘EXTRADIMENSIONAL’, ex-intel official says

US government considers at least some UFOs to be ‘EXTRATERRESTRIAL’ & ‘EXTRADIMENSIONAL’, ex-intel official says 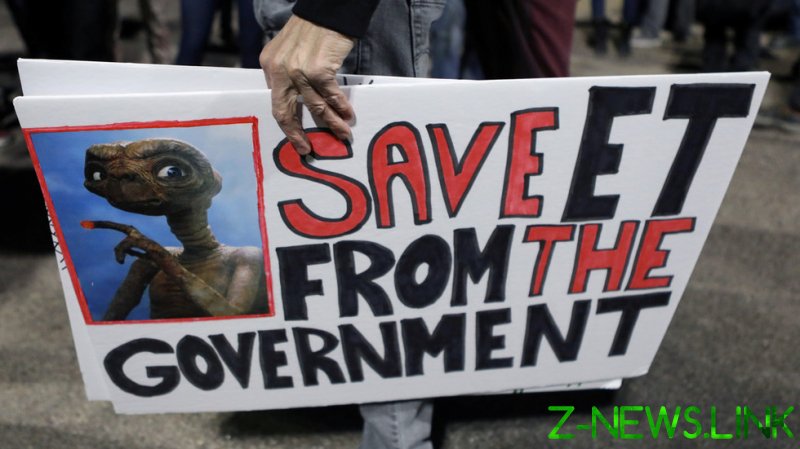 It is “nothing more than an infinitesimally small possibility” that such objects could have been creations of some engineers from Russia, China or the US itself – as well as of any human civilization at all, Elizondo admitted, adding that they have been analyzed by various intelligence-collecting systems but no reasonable explanation for their existence has been found.

Now, the US government considers it a credible line of inquiry to treat these “unidentified aerial phenomena” or UAPs as something “extraterrestrial” or even “extradimensional,” the former AATIP chief said. The former official also mentioned a possibility of the UFOs being a creation of some Earth-based “intelligence” that somehow managed to stay hidden from humanity all this time.

Elizondo also said that he was not briefed on any successful attempts to replicate technologies seen during UFO sightings by US engineers. The former official also rejected the idea that the US authorities have absolutely no evidence to suggest that the UFOs might be of alien origin.

The US government has evidence indicating that the most extraordinary UFOs are not “human-made machines,” he told Washington Examiner, while refusing to reveal any more information, citing security clearance obligations.

It is not the first revelation Elizondo has made to the press. Earlier in June, he told The Washington Post that UFOs demonstrate a keen interest in US nuclear facilities, adding that similar patterns have been observed in UFO sightings “overseas in other countries.”

His words come as the US Congress is still preparing to receive a report on UFO activity that had been ordered by former US President Donald Trump’s administration. Some abstracts from the report that is being compiled by the Pentagon show that the US military will neither deny nor confirm the extraterrestrial origin of the unidentified aerial phenomena, though.

The US military has recently confirmed several videos of UFOs to be authentic but provided no comments on the nature of the phenomena. Yet, top US officials who previously preferred to be tight-lipped on the issue somehow embraced the idea of the UFOs’ possible extraterrestrial origin as of late.

Former US President Barack Obama, former CIA Director John Brennan, and several military officials have all offered comments along the lines of “we don’t know what they are, but we’re keeping an open mind.”