Home / WORLD / US & Germany disagree on controversial Nord Stream 2 pipeline but Washington has given up trying to stop it, Biden tells Merkel

US & Germany disagree on controversial Nord Stream 2 pipeline but Washington has given up trying to stop it, Biden tells Merkel 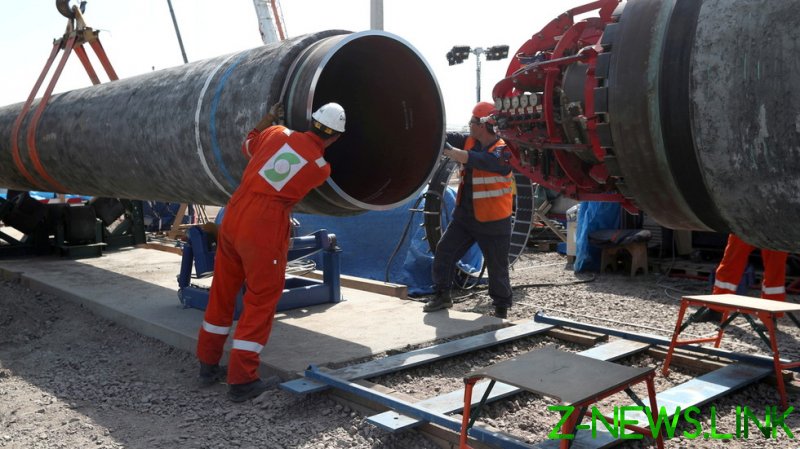 Once finished, Nord Stream 2 will connect Germany directly to Russia via the Baltic Sea, allowing Moscow to send gas without transiting other countries. Berlin’s aim is to protect its energy security and make the process less reliant on third parties, thereby lowering the price. The Americans have consistently opposed the project, despite the fact the Germans are their most important ally in Europe.

At a press conference with Germany’s Chancellor Angela Merkel, Biden noted that the two leaders have asked their governments to “look at practical measures [they] could take together.”

“My view on Nord Stream 2 has been known for some time. Good friends can disagree,” Biden said. “But, by the time I became president, it was 90% completed. And imposing sanctions did not seem to make any sense.”

According to the US president, it was more practical to work with Germany to find out how Merkel would proceed “based on whether or not Russia tried to, essentially, blackmail Ukraine in some way.”

The construction of Nord Stream 2 has been hindered by US sanctions, with Washington imposing numerous packages of measures against companies involved in the building, maintenance, insurance, and certification of the project. The American authorities have claimed that its completion would “undermine Europe’s overall energy security and stability.” However, some have accused the US of opposing the pipeline for economic reasons, as the country looks to increase its exports of liquefied natural gas to the continent.

As things stand, Russian energy is transported to Europe via Ukraine and other countries, and Moscow pays large sums to Kiev in transit fees. According to Ukrainian President Volodymyr Zelensky, Nord Stream 2 will cost Kiev $3 billion every year. He claims it will make it difficult for his country to finance its military.

According to Merkel, once completed, the new pipeline does not mean the end of gas traveling through Ukraine, but simply means Europe can boost its transit capacity.

“We will be [pro]actively acting, should Russia not respect this right of Ukraine … as a transit country,” Merkel said. “So, Nord Stream 2 is an additional project and certainly not a project to replace any kind of transit through Ukraine.”

“Anything else would obviously create a lot of tension. And we’re also talking about how we can actually make this very clear together.”