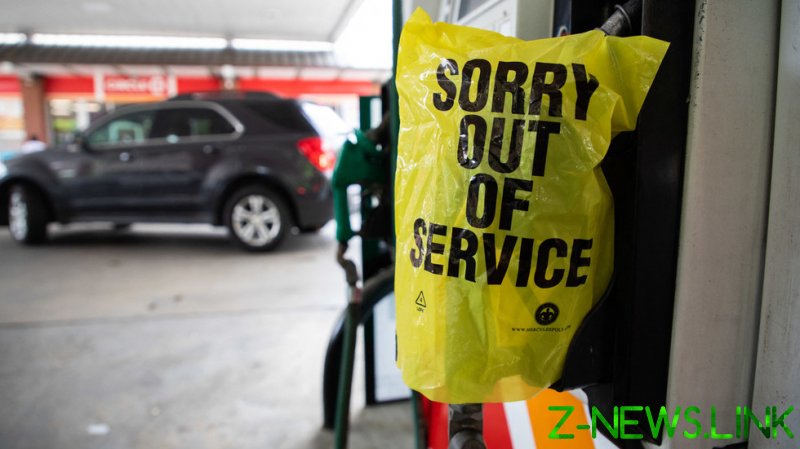 The outage caused rising fuel prices with the national average climbing to more than $3 a gallon for the first time in six years.

However, the current crisis shouldn’t be attributed to the pipeline shutdown alone, according to Jeffrey A. Tucker of the American Institute for Economic Research.

According to him, the shutdown of the network, which transports gasoline and other fuel through 10 states between Texas and New York, has inevitably affected supply.

“There are inflationary pressures rising across the US due to money printing and increased consumer spending,” said Tucker.

“A fuel shortage is a nightmare for anyone who remembers the 1970s. Life is about to get very scary in the US – a direct consequence of a series of terrible policy decisions dating from 2018 to the present,” the analyst told RT, adding that the nation seems to be returning to those days.

However, according to the president of Lipow Oil Associates, Andy Lipow, the effect of the outage is regional. He pointed out that the Colonial Pipeline primarily serves the Mid-Atlantic and Southeastern regions of the United States.

“It’s in those regions that we are now beginning to see gasoline shortages at the pump that are becoming more widespread… In the rest of the country, fuel supplies are unaffected,” said Lipow.

“We’ve already seen in the Mid-Atlantic and Southeastern states the retail price of gasoline has risen eight cents a gallon and it could go even higher if gasoline supplies are trucked in from longer distances from terminals outside of the region,” he added.