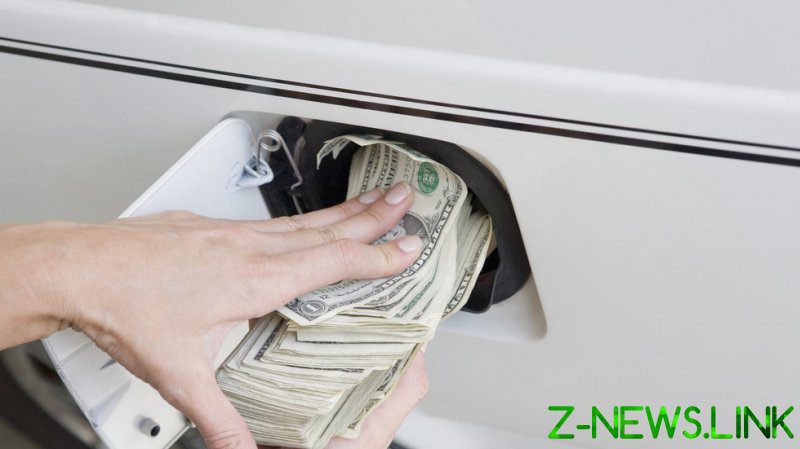 US gasoline prices averaged more than $5 per gallon on Saturday, setting a new all-time high, data from the American Automobile Association (AAA) shows.

According to the non-profit AAA, which tracks prices at more than 60,000 gas stations across the country, the national average price for regular unleaded gas rose to $5.004 per gallon on June 11 from $4.986 the day before. The highest prices have traditionally been recorded in the state of California, at up to $6.43 per gallon, and the lowest in Georgia, at $4.46 per gallon.

Data shows that US fuel prices have now more than doubled since US President Joe Biden was inaugurated in January 2021, when a gallon of gasoline cost only $2.39 on average.

The Biden administration has been determined to curb the soaring prices, which have propelled inflation to four-decade highs.  The government has ordered a record-large release of barrels from US strategic reserves, suspended a rule prohibiting the sale of higher-ethanol blend gasoline during the summer, and pressured the major producers of OPEC to boost production.

However, these efforts have so far proven futile in the face of rebounding post-pandemic demand and Ukraine-related sanctions on Russia, including a US embargo on Russian oil. The pandemic-induced decline in US refining capacity has also contributed to the price surge, as at least five refineries in the country have reportedly been shut down during the past two years.