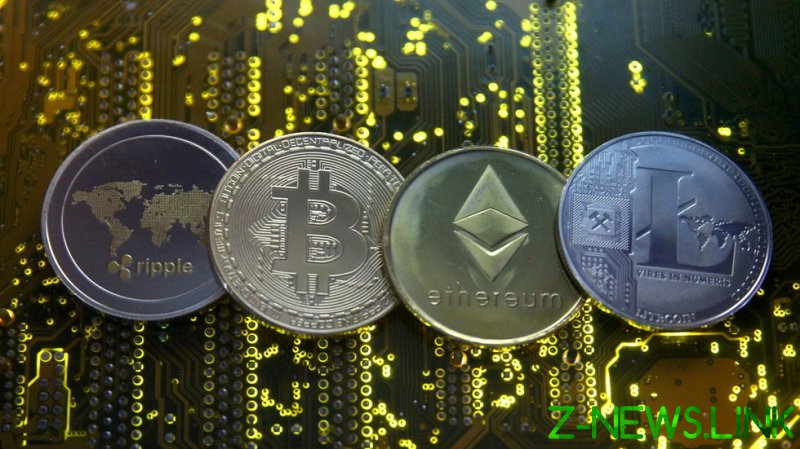 The NCET will oversee probes into “crimes committed by virtual currency exchanges, mixing and tumbling services, and money laundering infrastructure actors,” the Justice Department said in a news release on Wednesday. Its primary tasks will be to “deter, disrupt, investigate and prosecute criminal misuse of cryptocurrency, as well as to recover the illicit proceeds of those crimes whenever possible,” the release continued.

Arguing that cryptocurrencies were “used in a wide variety of criminal activity,” like buying and selling drugs, weapons, and malware, money laundering, and demanding payment for ransomware, the department explained that the new task force would take its members from existing units, including the Justice Department’s money laundering, computer crimes, and intellectual property divisions, as well as various US attorneys’ offices.

The new team will be led by Assistant Attorney General Kenneth Polite Jr., with an eye toward eventually hiring someone more experienced in crypto and blockchain matters, the release said. That leader would report to the assistant attorney general for the Criminal Division.

The announcement comes just days after JP Morgan CEO Jamie Dimon voiced withering criticism of Bitcoin, declaring the digital currency to be “worthless” with “no intrinsic value.” He also hinted at heavy regulation coming down the road – without explaining how he knew about the US government’s regulatory plans.

“If people are using it for tax avoidance and sex trafficking and ransomware, it’s going to be regulated, whether you like it or not,” he snarked in an Axios interview on Tuesday.

Despite its CEO’s apparent disdain for digital currencies, JP Morgan itself seems to be quite a bit more sanguine about the future of crypto, launching a blockchain and cryptocurrency division of its own last year and even opening an in-house crypto fund for its wealth management clients in August.

While Dimon has made no secret of his dim view of crypto assets’ value, he could theoretically say the same thing about the US dollar, which has not been backed by gold or other tangible assets in decades.

Additionally, he has admitted it’s his clients’ interest, not his own, that drives what markets JP Morgan chooses for investment – otherwise, he would presumably have followed through on his one-time promise to fire any employee who traded Bitcoin.

JP Morgan was only the latest in a series of ‘mainstream’ financial institutions to grudgingly embrace blockchain currencies, long beloved by privacy enthusiasts for their ability to keep transactions out of view of governments and their tax agents. Many have speculated that these banks’ embracing of cryptocurrencies is the first step toward abolishing cash altogether and setting up CBDCs (Central Bank Digital Currencies) that will allow governments and financial authorities to monitor and, if necessary, cancel transactions it doesn’t like.

Dimon was reportedly in the running for a high-level post in the Biden presidential administration, specifically Treasury secretary, though that role ended up going to Janet Yellen instead, as public outrage mounted over Dimon’s role in the 2008 economic collapse. However, he remains deeply embedded in the Wall Street circles that finance the corporate centrist mainstream of the Democratic Party, so there might be little surprise in his ability to foresee Wednesday’s regulatory rollout.