Home / WORLD / US formally requests ‘snapback’ of UN sanctions against Iran, even though it exited nuclear deal

US formally requests ‘snapback’ of UN sanctions against Iran, even though it exited nuclear deal 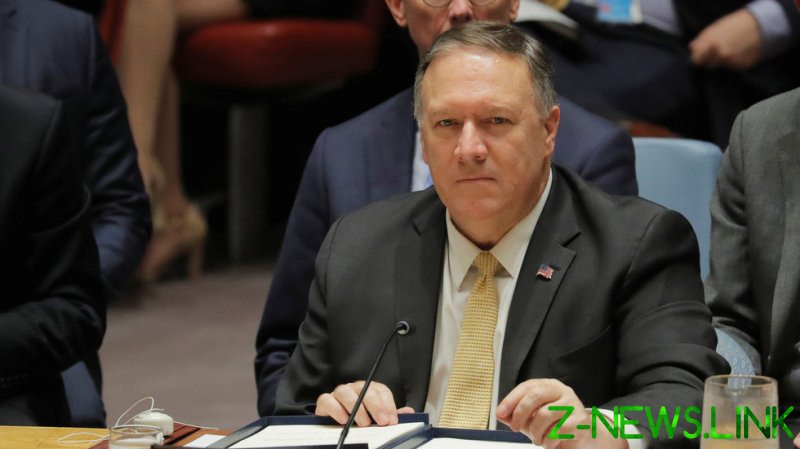 The letter accuses Iran of “significant non-compliance” with the Joint Comprehensive Plan of Action (JCPOA), the 2015 arrangement negotiated with Tehran by the five permanent UN Security Council members plus Germany.

The deal was codified by the UNSC Resolution 2231, which the US is now citing as grounds for invoking the “snapback” provision, even though the Trump administration unilaterally left the JCPOA in 2018.

Iranian Foreign Minister Mohammad Javad Zarif has denounced the US attempt to reimpose the sanctions as “illegitimate and felonious.”

While the resolution and the JCPOA allow for any member to invoke the “snapback” in case it deemed Iran noncompliant, other members of the Security Council have pointed out that the US can’t have it both ways.

Having withdrawn from the JCPOA, Washington is no longer party to the agreement and therefore “has no due competence for demanding sanctions,” China’s foreign ministry spokesperson Zhao Lijian said on Thursday.

Hawks in Washington, however, believe otherwise. Richard Goldberg of the think tank Foundation for Defense of Democracies, which favors regime change in Tehran, told Fox News the US has the procedural power to force through the snapback and other members of the Security Council can’t stop it.

“We can expect China and Russia to play all kinds of games, but, in the end, if a resolution to stop the US snapback doesn’t pass in 30 days, America wins,” Goldberg said.