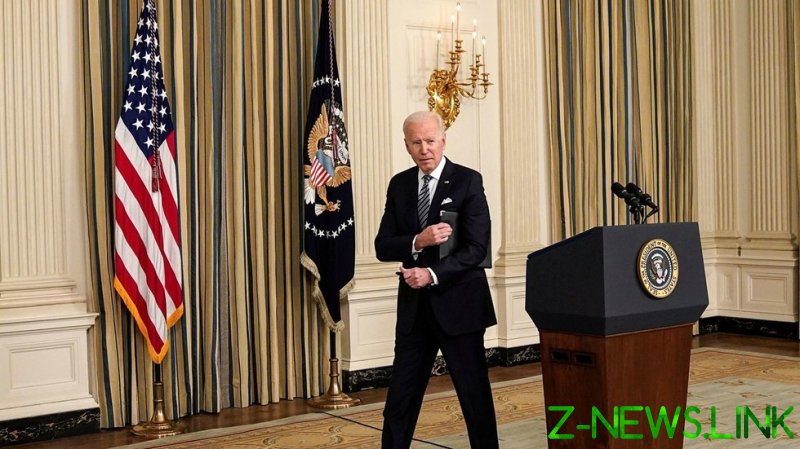 US President Joe Biden’s election heralds a return to business as usual, where Wall Street and large corporations dictate domestic policy whilst the State Department and Pentagon spearhead America’s imperialist ambitions abroad. The US establishment and its allies can cool their nerves. In contrast to Donald Trump, who was accused of instigating a right-wing mob to storm Congress and sabotage democracy at home, Joe Biden looks set to follow the US tradition of subverting democracy abroad.

Following Trump’s neglect of his NATO allies, Biden reaffirmed his commitment to the combative cold-war alliance. In January, Biden made his views clear during a telephone conversation with NATO Secretary-General Jens Stoltenberg, in which the former declared he was “totally committed to NATO.” A few weeks later Biden informed world leaders at the annual Munich Security Conference that “America is back” and followed with the usual adversarial stance towards Russia and China.

On Tuesday, the Office of the Director of National Intelligence released a report blaming Russia for trying to influence the recent Presidential election and for eroding public confidence in the electoral process. On Wednesday, Biden declared during a television interview that “he will pay a price,” in reference to President Putin, whom he also accused of lacking a soul. At the same time, despite economic losses secondary to the Covid pandemic, this week NATO announced an increase in its spending for the sixth year running.

Earlier this month the Pentagon announced that Ukraine would receive a $125 million aid package, with another $150 million on the way if the nation makes “sufficient progress on key defense reforms this year.” Last week the Ministry of Defence of Ukraine’s website reported that four NATO ships had docked at the Black Sea port of Odessa and would perform training exercises with the Ukrainian Navy.

We can expect Ukraine’s former comedian-turned-president, Volodymyr Zelensky, to feel emboldened to reignite tensions on the border of Ukraine and the breakaway Republics of Donetsk and Lugansk (DPR/LPR) in the Donbass region. As journalist Eva Bartlett reported, Kiev’s shelling of civilians in DRP and LPR has intensified in recent weeks. Even before his election, Biden made no secret of his support for Belarus’ opposition and vowed to “significantly expand” sanctions. Belarusian opposition leader Svetlana Tikhanovskaya has since urged Biden and the West to make good on this promise.

Meanwhile, in Venezuela, despite repeated failures over the past couple of years to parachute self-declared ‘interim president’ of Venezuela Juan Guaido into the actual presidency, the Biden Administration does not intend to give up trying and is in “no rush” to lift the sanctions Trump implemented. Meanwhile the US continues trying to groom Guaido for the Venezuelan presidency, as shown by a recent telephone conversation he had with US Secretary of State Antony Blinken.

Soon after taking office Biden ordered the bombing of alleged Iranian militia positions in Syria in order to send a warning to Iran, a move that was criticised by some Democratic members of Congress, who stated“Offensive military action without congressional approval is not constitutional absent extraordinary circumstances.” These lawmakers ought to also ask why the US continues to occupy Syrian territory without the nation’s consent – the US reportedly has 11 military facilities across Syria.

Contending with China, set to be the largest global economy by the end of the decade, is no trivial matter. Donors to Biden’s presidential campaign, such as Wall Street, Big Tech, major banks and Hollywood, all want a piece of the growing Chinese economic pie and would welcome a rapprochement. However, other factions of the US establishment have different ideas. In January Secretary of State Blinken declared in front of the Senate Foreign Relations Committee: “Let me just say that I believe that President Trump was right in taking a tougher approach to China…I disagree very much with the way that he went about it in a number of areas, but the basic principle was the right one, and I think that’s actually helpful to our foreign policy.”

Biden’s administration has spoken out against the International Criminal Court’s plan to investigate whether Israel has committed war crimes within the occupied Palestinian territories. According to a State Department spokesman, the US “will continue to uphold our strong commitment to Israel and its security including by opposing actions that seek to target Israel unfairly.” When it comes to Israel, no one expects a miraculous change in policy. Regardless of who sits in the presidential chair, unwavering loyalty to Israel is a prerequisite for holding the position.

Biden’s administration includes hawks from the Obama era and other disciples of imperialism. A return to the ‘Hope and Change’ era of President Obama, who bombed seven countries in six years and whose administration aided in the overthrow of a democratic government in Ukraine, is something the world could well do without.

It is going to be a long four years if the Biden administration tries to continue projecting waning US influence to all corners of the globe instead of allocating resources to a multitude of domestic problems. Ignoring significant socio-economic and health inequalities exacerbated by the Covid pandemic and lockdown can lead to the type of domestic instability and civil unrest that America has at times instigated abroad.